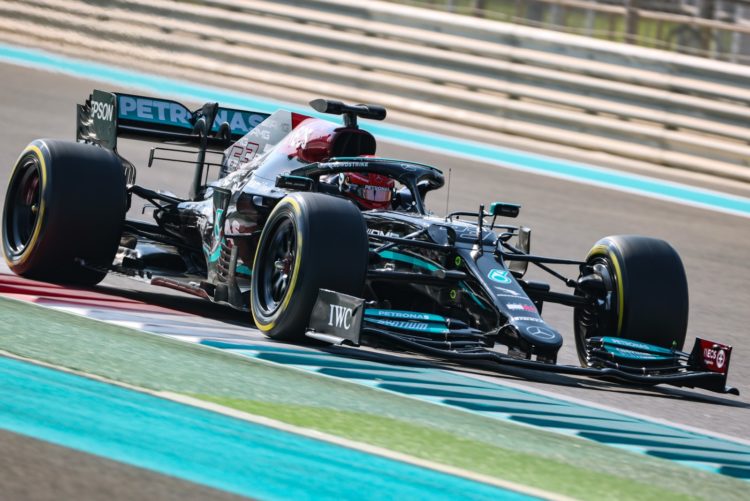 Formula 1’s new-for-2022 cars will only be half a second per lap slower than the 2021 packages, and will likely surpass their predecessor’s pace through the season, according to Pirelli.

Formula 1 is embarking on an overhaul of the technical regulations for 2022, in order to create better racing, with ambition of reducing the effect of so-called ‘dirty air’.

That is expected to lead to simplified aerodynamic components, including the elimination of bargeboards, while there are alterations elsewhere.

Pirelli’s new-for-2022 18-inch tyres are heavier than the 13-inch specifications, which accounts for some of the 40kg weight increase, while fuel must now contain 10 per cent bio-components, adding to the challenge for fuel suppliers.

“According to the latest simulations from the teams, the new cars will be around five tenths of a second slower than the current cars,” explained Pirelli chief Mario Isola.

“[That is a] gap that they will probably manage to overcome anyway by the end of next season.”

Pirelli’s 18-inch tyres were run by nine of the 10 teams during two days of running at Yas Marina, with the company encouraged by initial feedback.

Drivers ran mule cars – the majority of them from the 2019 season – that were modified in order to accommodate the larger and heavier wheels.

“I have to say in general we found first of all the delta lap time between compounds in line with our tyre development test, so I can say this number is quite in line with our findings during the year,” said Isola.

“We need to keep in mind that mule cars were used and that the goal of this test was to allow the teams a chance to gather data to analyse over the winter.

“We’ll only get a true picture at the start of next year, when the teams will be able to test these tyres with 2022 cars, which will have completely different aerodynamics, different brakes, and wheel rim covers as well.”