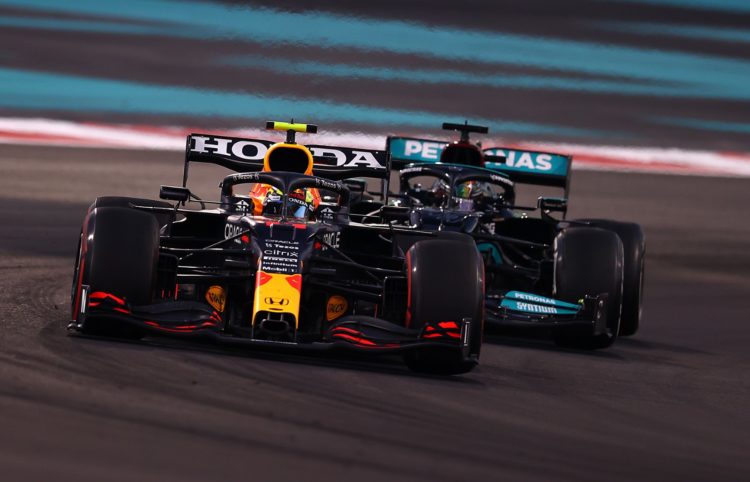 Perez joined Red Bull for 2021 and assisted Verstappen on several occasions, most prominently in Abu Dhabi, providing a tow in qualifying before defending from Hamilton in the race.

Albon, meanwhile, held a test/reserve role with Red Bull in the wake of losing his race seat to Perez, and secured a return to the grid with Williams for 2022.

“Checo has played a key, key role for us this year, particularly in the second half of the year,” said Horner.

“He’s been a phenomenal servant to his team-mate, whether it was a tow at Monza, fighting with Lewis in turkey, what he did on Saturday qualifying towing his team-mate around to pole.

“Then most dramatically defending like a lion against Lewis, that cost him vital time, without which Mercedes would have had a free pit stop and probably would have won this world championship.

“Alex is a absolutely an unsung hero of this season, the hours that he’s put in, behind the scenes, in the dark simulator room, in the bowels of the factory late on a Friday evening, supporting the race drivers, assisting them, he’s done an unbelievable job.

“He’s also acted as a driver coach in the second half of the season to Yuki [Tsunoda], who’s made real progress, and we’ll be sad to see Alex go but we’re delighted he’s got a seat in Formula 1 next year and we’ll be rooting for him next season.”

Horner says the elation at claiming the title has been heightened because of the strength of the opposition and intensity of the fight.

“Compared to other championship wins this is right up there with the first one to be honest,” said Horner.

“What makes this victory so much more valuable to us is the quality of the opposition.

“Mercedes are a great, great team; what they’ve achieved in the last seven years is they’ve annihilated the opposition, Lewis has destroyed the opposition, and finally we’ve managed to take the fight to them and beat Lewis in a Mercedes at the final race.”