Sargeant revels in ‘experience of a lifetime’ at F1 test 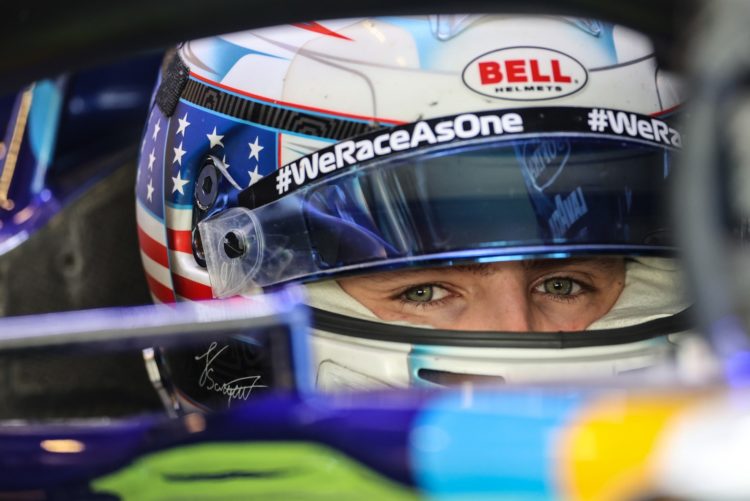 Logan Sargeant described his maiden Formula 1 test as “the experience of a lifetime” following his first track running with Williams.

Sargeant was appointed to Williams’ young driver scheme prior to the US Grand Prix and will provide support to the team through 2022.

Sargeant, who will step up to Formula 2 full-time with Carlin next year, completed 92 laps in the FW43B at the post-season young driver test in Abu Dhabi on Tuesday.

He became the first American to drive contemporary Formula 1 machinery since Santino Ferrucci was on Haas’ books in 2017.

“What an incredible first day in a Formula 1 car; it was everything I expected and more,” said Sargeant.

“I want to start by saying a massive thank you to Williams, as that was the experience of a lifetime.

“The team did a great job preparing me and giving me the confidence to go out there, enjoy it and do the best I could.

“We got through the run plan and I really progressed a lot throughout the test.”

Sargeant relayed that “the first couple of runs felt unbelievable with the amount of grip and power the car has, but I got used to it fairly quickly and felt comfortable by the end of the day.

“It’s definitely a massive step up from the Formula 2 and Formula 3 cars; the brake performance is much better and there’s a lot more downforce. The stopping power was like nothing I’ve felt before!

“The more you drive, the more you learn and the more pace you find, so I was happy with the lap times I was putting in by the time we finished.”