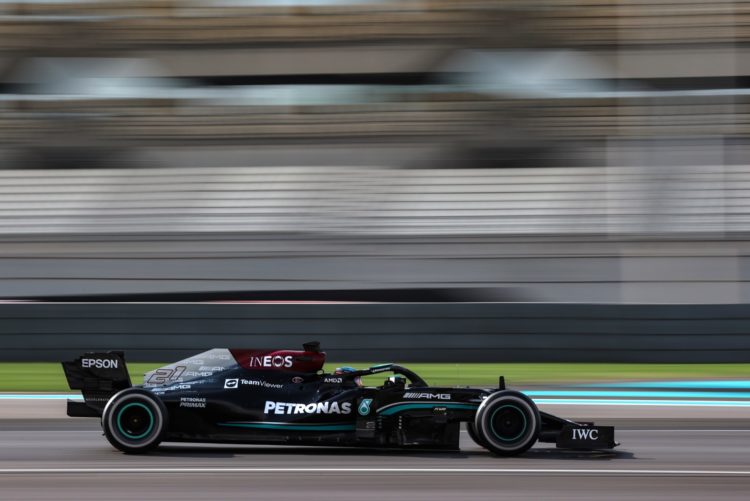 Formula 1 has stayed on at the Abu Dhabi Grand Prix for two days of track activity.

Haas was not present at the young driver test today (Tuesday), as it will field Robert Shwartzman on Wednesday, while Williams is not participating in the tyre test as it does not have a mule car.

Guanyu Zhou was fifth as he linked up with Alfa Romeo for the first time – he will run the mule car on Wednesday – while Red Bull junior Juri Vips was sixth and had a minor off at Turn 14 late on.

Daniel Ricciardo was eighth overall and the lead driver of those who were using mule cars adapted to fit the revised wheel sizes.

His best time was three seconds down on de Vries’ benchmark.

World Champion Max Verstappen returned to track action for the first time since sealing his maiden title on Sunday, running Red Bull’s mule car, while George Russell was in action for Mercedes.

Valtteri Bottas got his first experience with Alfa Romeo as he ran its mule car.

Antonio Fuoco was the most productive driver as he split his running between Ferrari’s SF21 and its mule car, running a combined 146 laps.

Logan Sargeant also had his first run out for Williams and completed 92 laps.