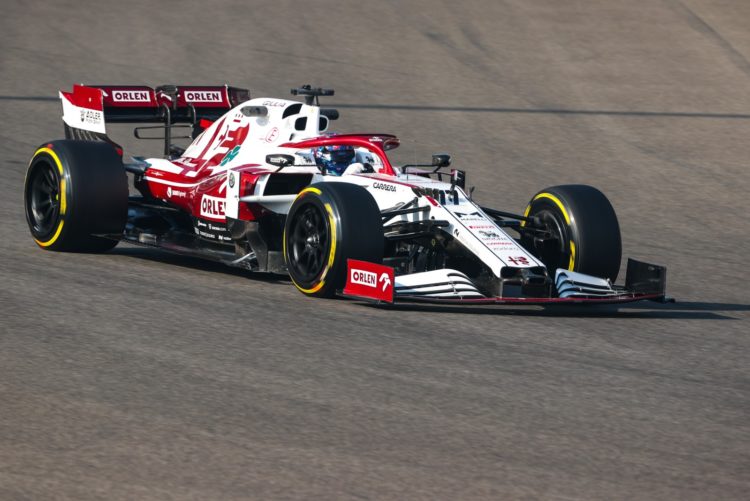 Valtteri Bottas and Guanyu Zhou have both had their first Formula 1 runs with Alfa Romeo on Tuesday at the Yas Marina Circuit.

Yas Marina is hosting two days of testing as teams sample Pirelli’s 18-inch tyres for the first time, running mule cars that have been modified to accommodate the revised sizes.

In parallel Formula 1 is running its young driver test, with teams permitted to field a driver with two or fewer starts on one day, using the 2021-spec car.

Mercedes gave Bottas the green light to link up with his new team for the test and he is running the 18-inch tyres on the mule car, while Formula 2 graduate Zhou is in action in the C41.

Zhou is due to take over running of the mule car from Bottas on Wednesday.

The pair have replaced Kimi Räikkönen and Antonio Giovinazzi at Alfa Romeo.

Elsewhere George Russell is running the 18-inch tyre test for Mercedes while reigning Formula E champion and reserve driver Nyck de Vries is behind the wheel of the team’s 2021-spec W12.

World Champion Max Verstappen is in action for Red Bull, prior to handing over to Sergio Perez for Wednesday, with Juri Vips running the young driver test.

Other non-F1 racers in action include IndyCar front-runner Pato O’Ward at McLaren, Formula 2 champion Oscar Piastri at Alpine, and Logan Sargeant at Williams.