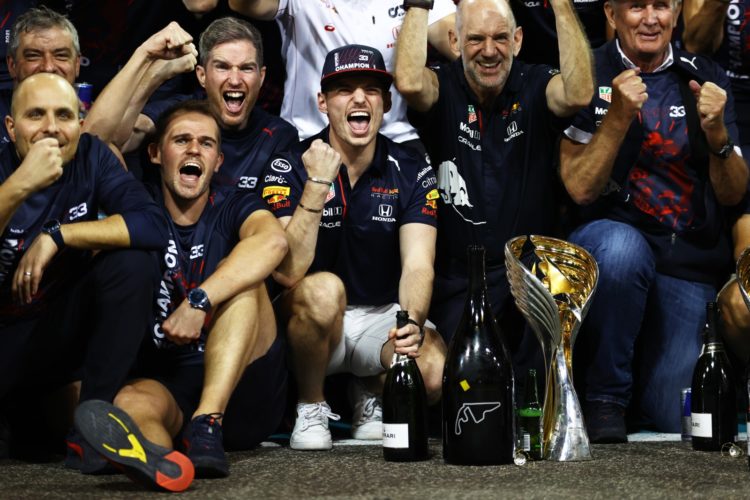 Formula 1 World Champion Max Verstappen says his 2021 title is the “final achievement” he wanted and that any further success is a bonus.

Verstappen clinched this year’s World Championship during a dramatic denouement to the Abu Dhabi Grand Prix in which he passed Lewis Hamilton on the last lap.

Verstappen’s title was confirmed several hours after the race when Mercedes’ protest against the handling of the late restart was dismissed by stewards.

Mercedes has nonetheless lodged its intention to appeal.

“I am, of course, very happy that I won the championship, that final achievement that I wanted in Formula 1 so everything else that comes now is a bonus,” said Verstappen.

Reflecting on the highs and lows of his title-winning campaign, Verstappen said: “Monaco was very nice to win after the difficult times I had there, through myself but also just unlucky moments.

“Two wins in Austria, my home win in Zandvoort, and I think of course now at the end, just the crazy outcome of this race, of course, will definitely be a highlight.

“Sitting in hospital the whole evening having checks, that was definitely the lowest point. Because you don’t want to be there. Baku was not nice. But those are the moments that make you a better driver, I think, at the end.”

Verstappen also revelled in the nature of his title victory after an enthralling season-long duel with outgoing champion Hamilton.

“I have a lot of respect for Lewis but you know, I’m just very happy that I won in general because it’s been, of course, a very tough season fighting against Mercedes and Lewis,” he said.

“I don’t want to sound arrogant or whatever to say it’s a great satisfaction to win against him and I just have a lot of respect for him, as a driver and I know he’s an amazing driver in terms of what he has achieved but I’m just very happy that we won it.”