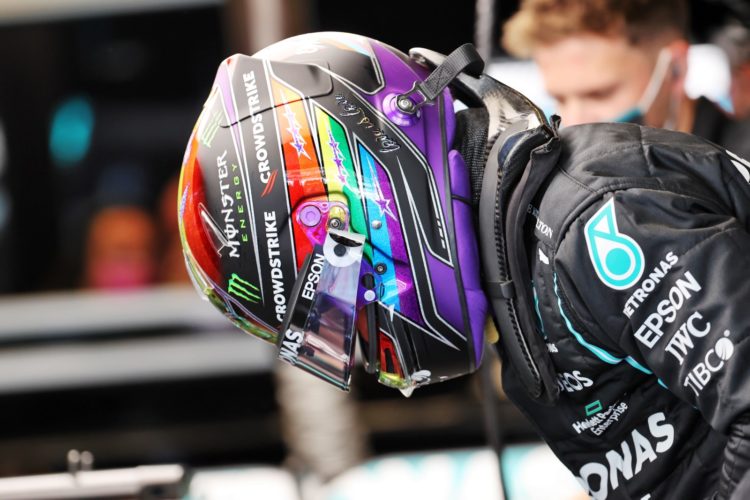 Hamilton clocked a time of 1:23.274 – despite a moment through Turn 12 – to open a sizeable advantage at the front of the field.

Hamilton aborted another push lap following errors at Turn 1 and Turn 5 and subsequently expressed his frustration about overheating rear tyres.

Verstappen languished off the pace, having pulled out of a flying lap, criticising a lack of turn-in at the end of the back straight.

But Verstappen improved soon after to finish 0.214s behind his title rival.

Both qualifying and the grand prix will take place at twilight, when cooler air and track temperatures are expected to prevail.

The role of their respective team-mates may yet play a role in the outcome of this weekend’s race and title.

Carlos Sainz was the lead Ferrari driver in eighth position, with team-mate Charles Leclerc at the foot of the top 10, as the pair were split by McLaren’s Daniel Ricciardo; all three used Mediums for their best laps.

Alpine, which showed strong speed on Friday, had a low-key final session, as Esteban Ocon placed 12th while Fernando Alonso was 15th, both running Mediums for their quickest efforts.