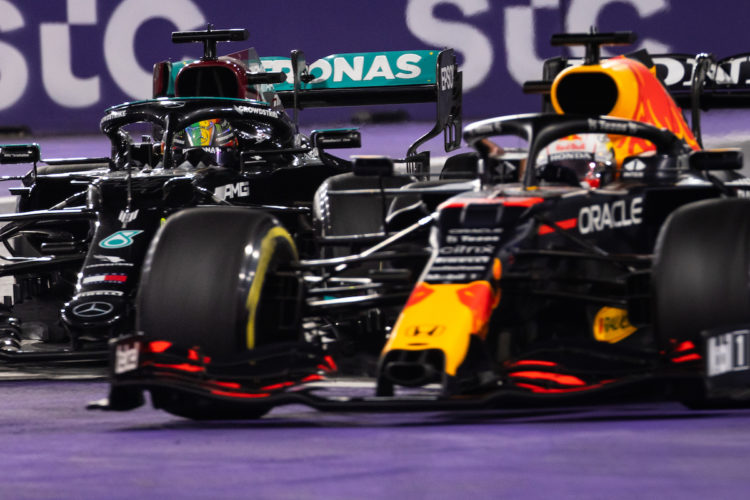 Max Verstappen has asserted that he is treated differently to rival Formula 1 drivers, following the outcome of last weekend’s Saudi Arabian Grand Prix.

Verstappen enters the upcoming Abu Dhabi finale level on points with Lewis Hamilton but ahead on countback of victories.

Verstappen received two time penalties in Saudi Arabia, the first for going wide at Turn 1 while battling Hamilton, and then for the misjudgement and application of the brakes while attempting to relinquish the lead along the back straight.

The Red Bull driver dismissed the penalties and also queried why Hamilton was not given anything beyond a warning when taking the lead a few laps later, having run Verstappen wide at the last corner.

“Well clearly things don’t apply for everyone because the things I did in terms of defending, two other guys also did and they didn’t get a mention or penalty,” he said.

“I don’t understand as I thought I was just racing hard. What happened for me didn’t deserve any penalty.

“Then afterwards he pushes me off track, he even looks at me, and just doesn’t turn in, and just pushes me outside of the white line, the track edge, and he only gets a warning for that.

“Definitely it is not how it should be and also not fair because it seems other drivers can do different things and only seems like I get a penalty.”

On whether his view of Hamilton and Mercedes had changed through 2021, Verstappen replied: “Yes very much, and not in a positive way.”