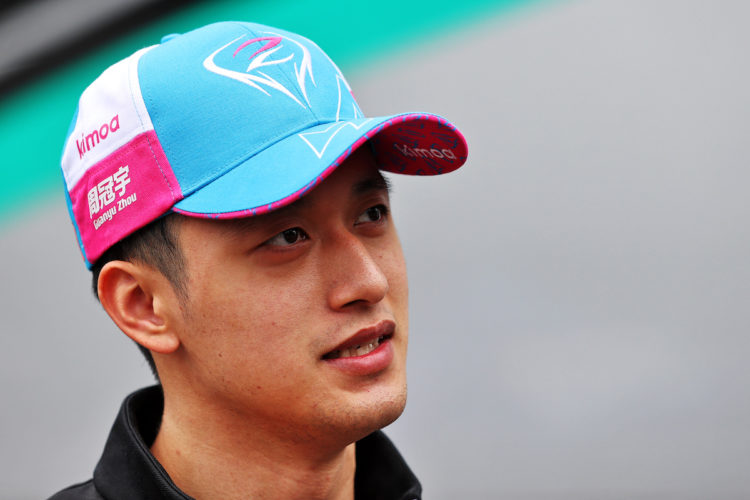 Formula 1’s sole 2022 rookie Guanyu Zhou has chosen number 24 as his permanent race number, according to the FIA’s entry list.

Zhou, who will become China’s first F1 driver, has been signed to Alfa Romeo and will compete alongside Valtteri Bottas next year.

All drivers are required to choose a race number prior to the start of their F1 career.

They will then use that number for the entirety of their stint in F1, however the reigning world champion reserves the right to switch to number one.

Zhou is currently racing in the FIA Formula 2 Championship and sits third in the Drivers’ standings with one round remaining in Abu Dhabi, which will take place this weekend.

Zhou made his F1 weekend debut earlier this year with Alpine at the Austrian Grand Prix.

Also confirmed on the 2022 entry list, Ferrari will drop ‘Mission Winnow’ from its team name, which has been used this year.

Another change includes the engine supplier for Red Bull Racing and Scuderia AlphaTauri, which will alter to Red Bull Powertrains after Honda opted to depart the sport at the end of 2021.