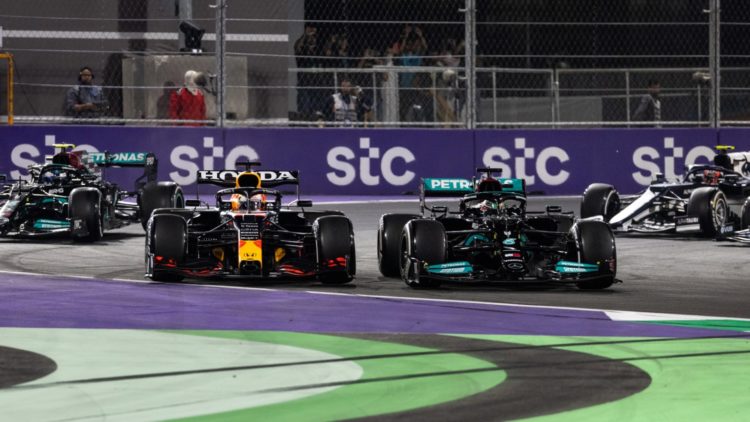 Several radio calls were played out from Masi, Mercedes and Red Bull over the course of the race, notably prior to the second restart, when there was a discussion regarding from where Verstappen should line up on the grid.

Later in the race, Verstappen and Hamilton collided on lap 37 owing partially to a potential miscommunication from race control over how the Dutchman should return the lead to the Mercedes driver after Verstappen again cut Turn 2 to retain the lead.

Brawn outlined his belief that Masi kept a handle on matters through the course of proceedings.

“I’d like to compliment the FIA and Race Director Michael Masi in handling well what was an extremely difficult race,” said Brawn.

“I know some people feel some of the decisions were controversial but I don’t.

“The situation you had with Max and Lewis at the restart when Michael recommended that Max drops behind Esteban and Lewis, was handled well as the alternative was to report him to the stewards and that could have ended up with a time penalty.

“I think Michael dealt with it pragmatically. This type of discussion goes on several times during a race. If a driver gets by someone or defends unfairly, the Race Director will tell the team to correct the position.

“Some people seem to think Michael was doing a deal. He wasn’t doing a deal. It was simple: you accept the decision of the Race Director, with a known outcome, or it gets passed to the Stewards to handle it.

“It was a tricky race and a tricky weekend. We’ve had a lot of challenges here, and I think everyone – the FIA, F1 and the teams – has pulled together to make this event work and it’s been a huge success.”