Sainz: ‘Crazy’ Jeddah different to anything I’ve driven before 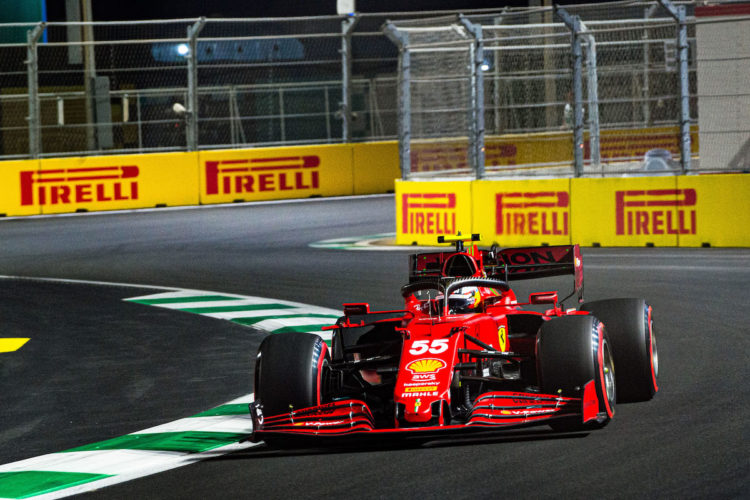 Ferrari’s Carlos Sainz says the Jeddah Corniche Circuit isn’t like any track he has raced at before during his career.

Formula 1 is visiting Saudi Arabia for the first time this weekend, and drivers got their first taste of the high-speed circuit during free practice on Friday.

Jeddah has been labelled the fastest street track on the 2021 calendar, consisting of many medium and high-speed corners.

Speaking about his experience of the circuit following practice, Sainz outlined that its intensity is shared with the fast and narrow streets of Macau.

“[It’s] different, very different to anything I’ve driven in before, to be honest,” Sainz said.

“The intensity that this track gives you, the thrill and adrenaline, it’s something I’ve not lived since my days in Macau.

“So it’s very different, very intense, very high-speed, very close to the walls, trying to get the turning points right, just before brushing the wall on the inside.

“It’s quite crazy out there but it looks like, so far, everyone has managed to stay safe today, and hopefully we can managed to keep it the same way going into tomorrow and Sunday.”

Sainz’s team-mate Charles Leclerc was the only driver to become a victim of the track’s ever-lingering barriers on Friday, as he hit the wall at Turn 22.

Sainz ended FP2 in seventh place behind both Alpine cars, and is expecting a close fight between several teams for best of the rest honours on Saturday and Sunday.

“I feel relatively confident, I did a good build-up through the day, getting up to speed very much little by little,” Sainz reflected.

“The pace has been there the whole day, but we used different compounds, different fuel levels, so we need to analyse everything, to see who’s in front and who’s behind.