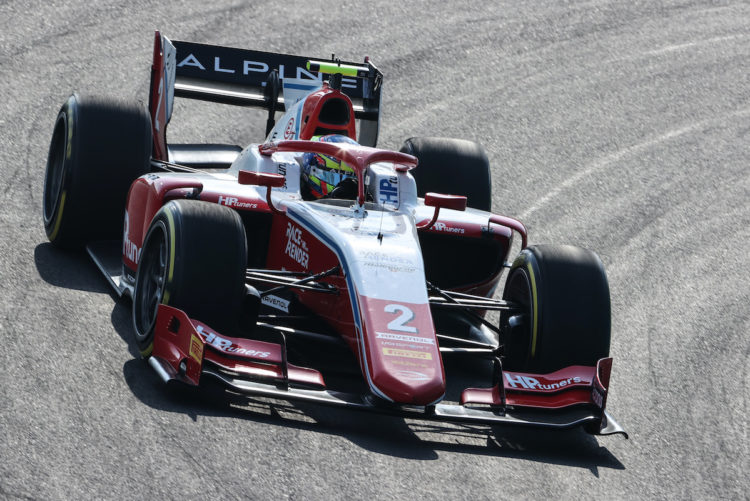 The Alpine Academy driver was less than two tenths ahead of nearest challenger Robert Shwartzman, which sets up the grid for the Feature Race on Sunday.

The top ten after the first ten minutes of the session saw Shwartzman fastest by 0.064 seconds over Piastri in second position, with Ralph Boschung continuing his strong pace from the practice session earlier to put himself in third.

Following cool downs from their first flying laps, Shwartzman was able to improve his time but the gap between the Russian and second-place Theo Pourchaire came down to 0.029 seconds. Piastri was third while his nearest championship rival Guanyu Zhou languished only ninth with 11 minutes remaining.

On the first set of flying laps on the last runs, Zhou improved to third and over a tenth shy of pole. Only a few drivers including the Alfa Romeo-bound driver improved their times but there was still three minutes of qualifying to go before the chequered flag and time for cool downs and final attempts.

Piastri was able to improve on his final lap time, which was enough to snatch pole from Shwartzman by 0.165 seconds and more importantly, bagging four championship points to his total and extending his lead to 40 points over Zhou.

Pourchaire and Christian Lundgaard make it an all-ART row two, with Felipe Drugovich and Zhou line up both UNI-Virtuosi cars in fifth and sixth. Boschung qualified seventh for Campos ahead of Juri Vips.

With the top ten being reversed for the first race of the weekend, tenth-place Liam Lawson will start from reverse-grid pole in front of Marcus Armstrong.