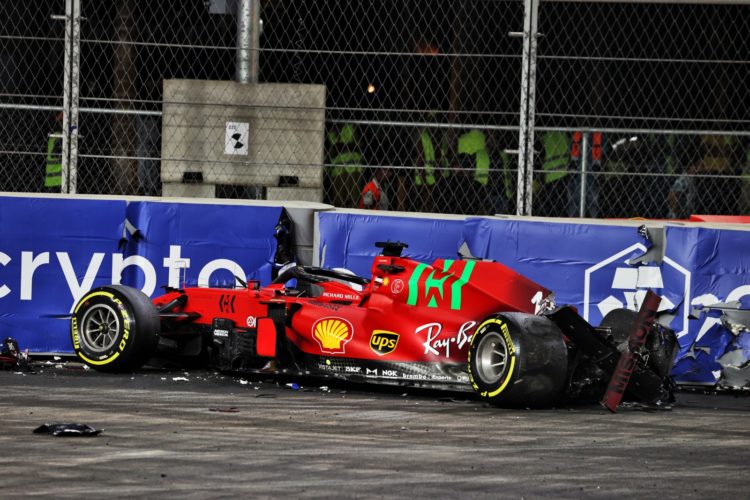 Charles Leclerc has been given the all-clear after crashing heavily during the closing stages of second practice in Saudi Arabia.

Leclerc lost the rear of the SF21 through the fast left-hander at Turn 22 of the new Jeddah Corniche Circuit and suffered a sizeable impact with the barriers.

The car sustained substantial damage but Leclerc was fortunately able to walk away from the wreckage.

Leclerc underwent the usual medical checks and was given the all-clear by doctors.

Ferrari is evaluating the state of the SF21 to ascertain the extent to which critical components, including the power unit, sustained damage.

Leclerc, who was the only driver to suffer an accident in either of the two practice sessions held on Friday, finished down in 10th position.