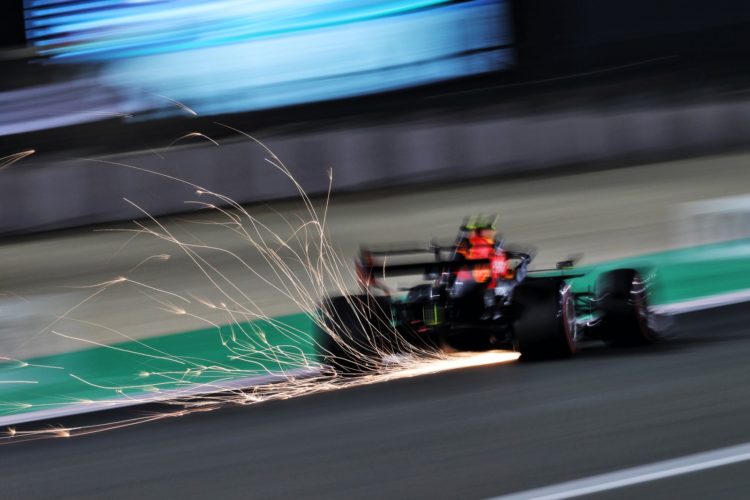 The two teams have been locked in a tight battle for this year’s titles throughout the course of 2021.

Red Bull has taken 10 wins to Mercedes’ eight with the reigning champions holding a slender five-point advantage in the Constructors’ Championship.

Max Verstappen’s advantage in the Drivers’ standings has been reduced to eight points following back-to-back victories for Lewis Hamilton in Brazil and Qatar.

“The next track arguably should favour Mercedes,” said Red Bull boss Christian Horner. “Abu Dhabi, with the modifications made there, who knows? It’s been incredibly tight, so we go into these last races eight points in the lead in the drivers’ championship.

“We’ve reduced the championship lead in the Constructors’ to five points, so both are fully in play. That’s fantastic, because we’re not at the climax of this championship.”

Red Bull threatened a protest of Mercedes’ rear wing in Qatar after it alleged that it was flexing excessively before tighter deflection tests were introduced.

Horner complimented the FIA for the decision and believes the updated tests “should eradicate any ability to circumnavigate” the regulations and associated technical directives.

He was also encouraged by the straight-line speed performance of the respective teams in Qatar.

“I think what we’ve seen in recent races has been abnormal straight-line speed,” said Horner of Mercedes’ package.

“I think it is encouraging that for the first race since prior to Silverstone, we’ve been able to match them in straight-line speed and it’s been exponential at recent races.”