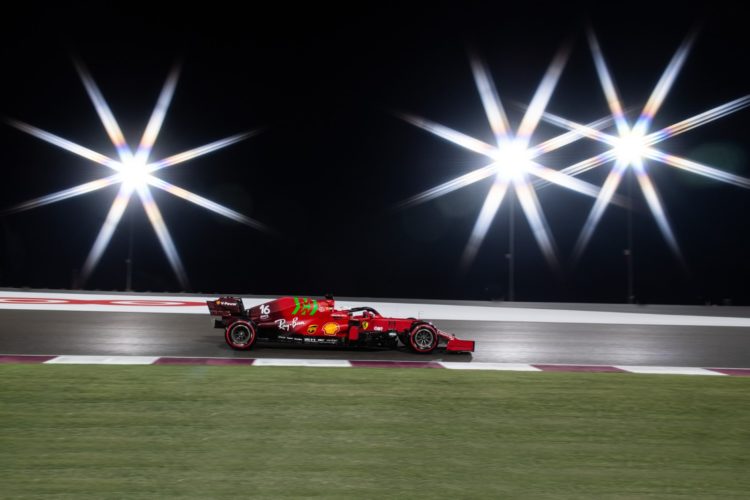 Ferrari says its likely third place in this year’s championship is down to the improvements it has made as a team as it looks set to finish best of the rest.

Ferrari slumped to sixth in last year’s standings, falling behind McLaren, Racing Point and Renault, and put most of its focus on the rear end of the SF21 and the power unit.

As with the majority of teams Ferrari has placed most of its resources on its 2022 package but has introduced an update to its power unit, which arrived in Russia.

Ferrari has moved clear of Aston Martin and Alpine in the standings this year and has recently pulled in front of McLaren to hold a 39.5-point buffer over its opponent.

“We introduced a couple of developments at the start of the season and that’s it, except the power unit later on, but the power unit, again, that was a development with a view for 2022,” said Ferrari Team Principal Mattia Binotto.

“All our efforts since the start of the season have been [on] the 2022 car and we never compromised it.

“It never came into our mind to at some stage try and penalise the 2022 for the benefit of the 2021.

“We knew we could fight for the third place at the start of the season, we knew it could be very tight, but our main objective in 2021 was not the third place but to improve in all the details as a team and the third place will simply be the output of it.

“If we are reaching the third place it is the team; the way they are working at various weekends has certainly improved a lot since the very start of the season, and not because the car itself has developed through the season.”

Binotto believes third in the standings would represent a strong recovery from Ferrari’s 2020 nadir.

“Obviously the championship is not over yet, there are two races to go, we are focused on trying to do the best,” he said.

“But no doubt if I look at where we were last year – sixth, very little points in the championship – we made the most of what we could do with the current regulations.”