Technical Insight: Red Bull vs Mercedes and the battle of rear wings

The duel between Christian Horner's team and Toto Wolff's team is among the most exciting of the last decade, and the two rival teams do not spare themselves from being able to reap even the slightest technical advantage. 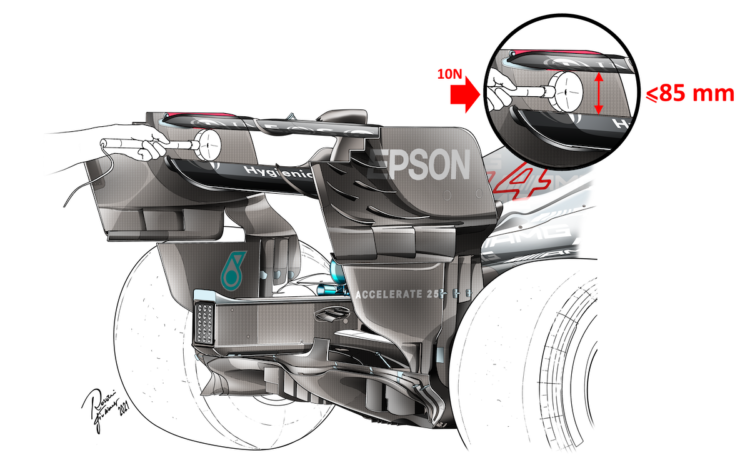 The technical battle between Red Bull and Mercedes shows no signs of abating, even with a handful of rounds remaining. Formula 1 is racing for the first time in Qatar, but the most important action looks to be taking place away from the track, in the regulatory sphere.

The duel between Christian Horner’s team and Toto Wolff’s team is among the most exciting of the last decade, and the two rival teams are not sparing themselves from being able to reap even the slightest technical advantage.

In Qatar, Red Bull continues to be under the magnifying glass for a DRS flap that continues to swing up and down when the mechanism is activated. For the past three races, the single-seater designed by Adrian Newey has continued to suffer from this phenomenon, which does not produce an aerodynamic advantage, in fact it jeopardises the structural solidity of the rear wing when the movable flap resonates.

At high speeds the DRS flap in the open position begins to oscillate quite evidently, and from the aerodynamic point of view this creates a disturbance, especially during braking when the mechanism should release the hydraulic tension. The greatest risk is that there could be of a rupture of the flap or of the mechanism itself, which would create a very dangerous situation and a sudden loss of downforce. 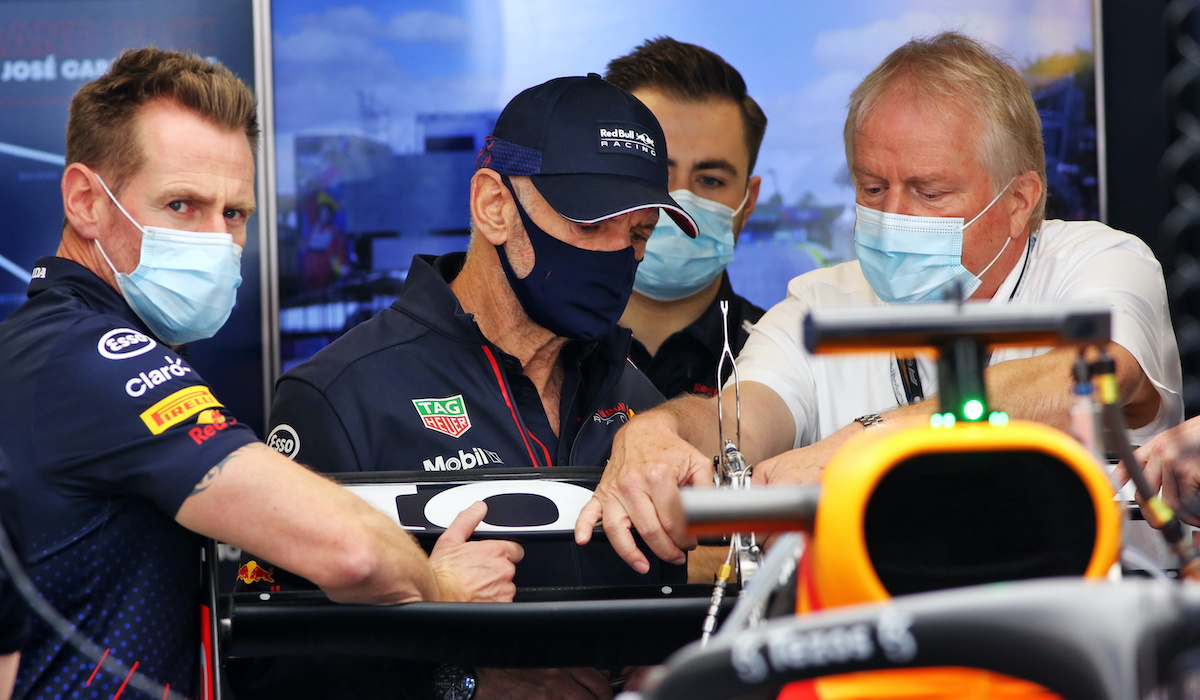 Also in Losail, the Milton Keynes team technicians wasted time fixing the DRS mechanism before the start of the Friday sessions. On Verstappen’s car, the wing was replaced in FP2 due to the same problem.

The problem with the DRS would seem not to be solved immediately, and this triple back-to-back Mexico, Brazil, Qatar certainly did not help the engineers of the Anglo-Austrian team. The problem is due to an actuator unable to resist keeping the flap open, failing to impart enough resistance to the air that pushes the flap towards the closed position. The mechanism would seem undersized compared to what it should be to withstand the strong pressure generated in the upper part of the wing. 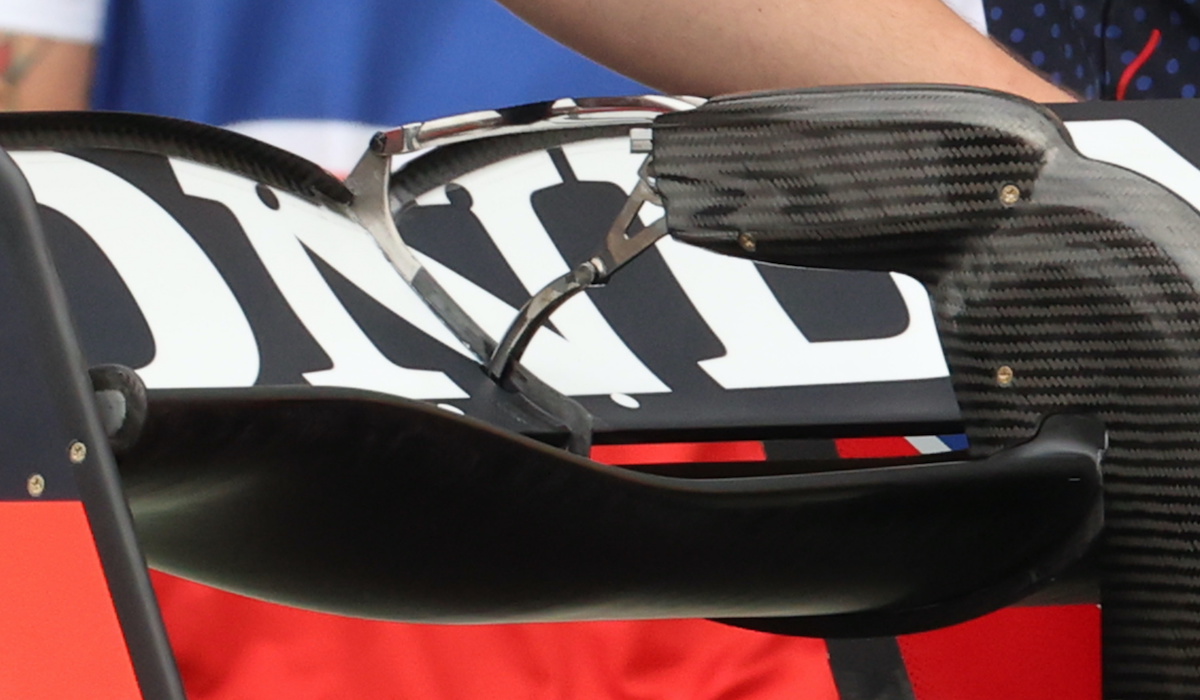 In Brazil, Mercedes was very angry with the FIA, which allowed Red Bull to replace the rear wing under a parc fermé conditions. However, the regulation clearly states that if there is a problem with the safety of a component, it can be replaced.

The problem is evident across Red Bull’s entire range of wins, as the oscillation phenomenon occurs both with the wing with a lot of incidence and with the spoon wing. In Qatar on the RB16B an aerodynamic comparison was made in FP1 between Verstappen and Perez, with the Dutchman starting initially with the wing with the maximum impact on the main plane, as we saw in Mexico. 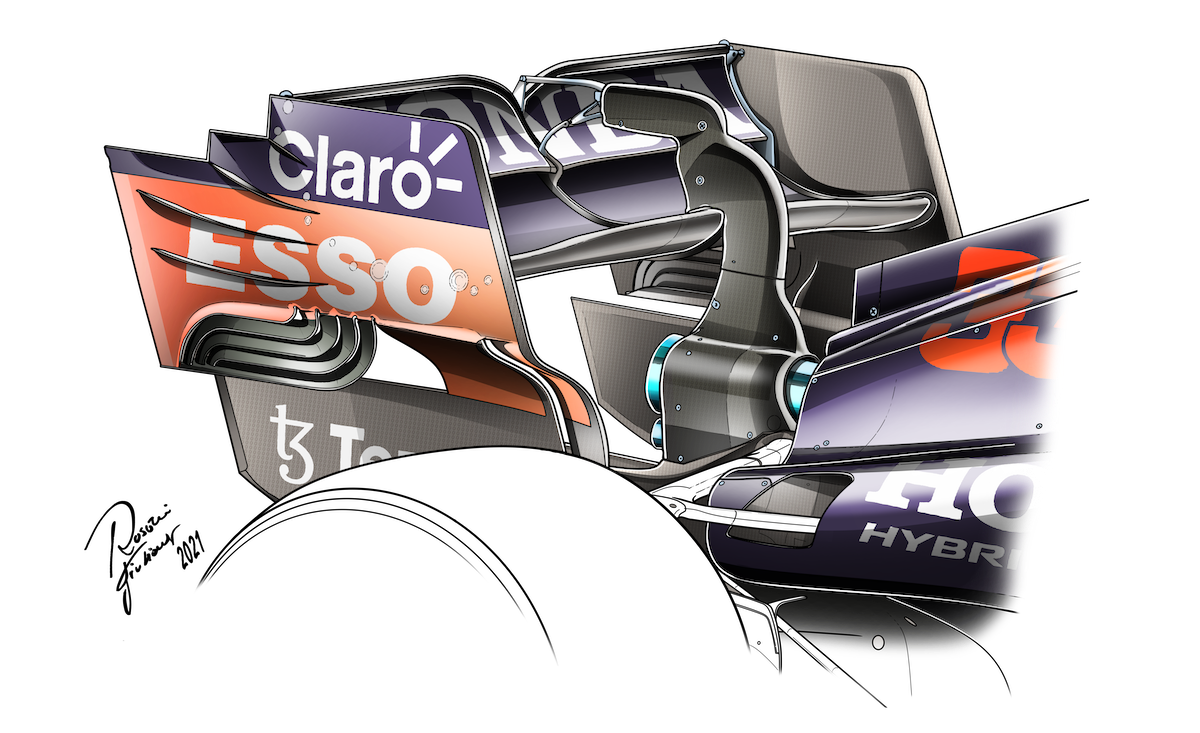 Sergio Perez, on the other hand, tried the medium-high load set-up, which was then used on both Red Bulls in FP2. Red Bull then worked on Verstappen’s DRS flap towards the end of FP2, where we once again saw the mechanics disassemble the actuator to check its structural solidity.

As far as aerodynamics are concerned, the Losail circuit is a track with almost all medium to high speed corners, but it was foreseeable that Red Bull would carry a spoon configuration. The grip of the track, beyond the sand, is good, and this made it possible to use the spoon wing. It also runs at night, when the air is notoriously colder, and therefore denser. 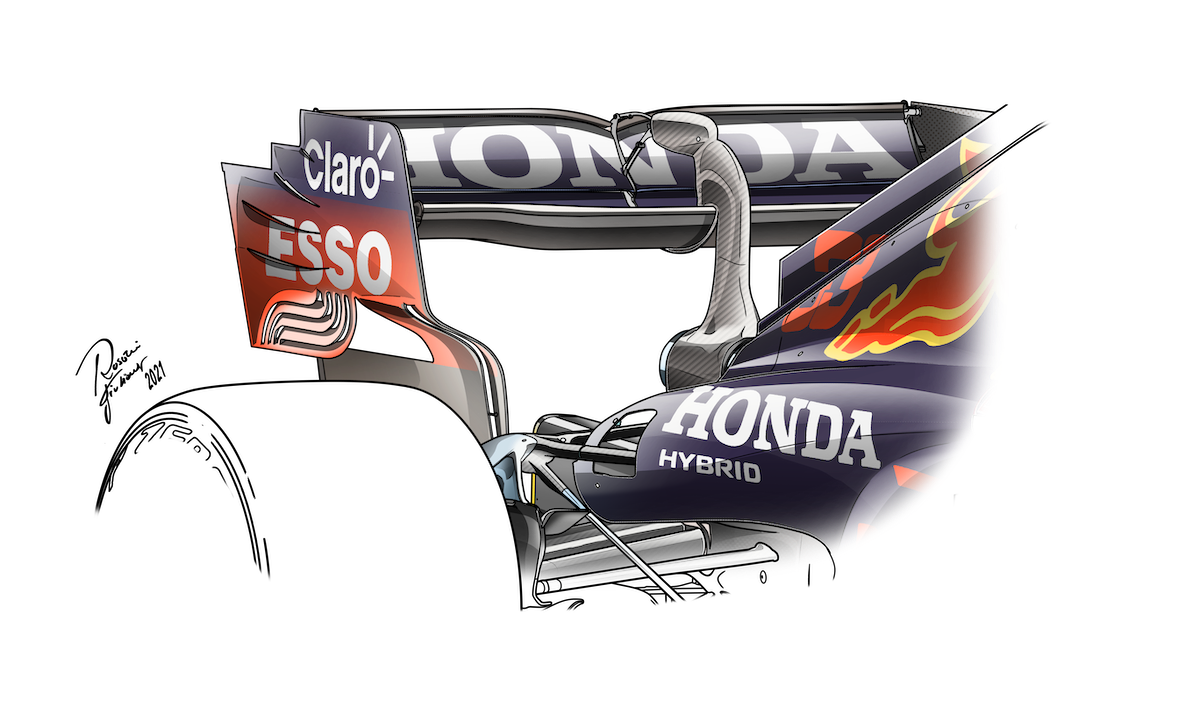 Red Bull not only looks at its own wings, but points the finger at those of rival Mercedes, for an alleged downturn of the main plane that would violate the regulations. In these terms, the wing of the W12 has always been found to be legal during the technical checks – Brazil aside which was down to damage.

Brazil’s problem, which cost Lewis Hamilton disqualification, involved the violation of article 3.6.3 of the technical regulation, which requires a maximum distance between the open DRS profiles of 85mm.

A structural defect would be the cause of this problem that occurred in Brazil on the W12, as a hinge of the movable flap on the right side created too much play, and the flap in the open position exceeded 85mm in that direction.

The stewards could not help but disqualify Hamilton, as the technical regulation does not allow grey or ambiguous areas, and everything must comply. An FIA technical delegate, under the supervision of Jo Bauer, carried out the 85mm gap test four times, and with two different spacers, but Hamilton’s wing was always irregular, albeit by only 0.02 mm. 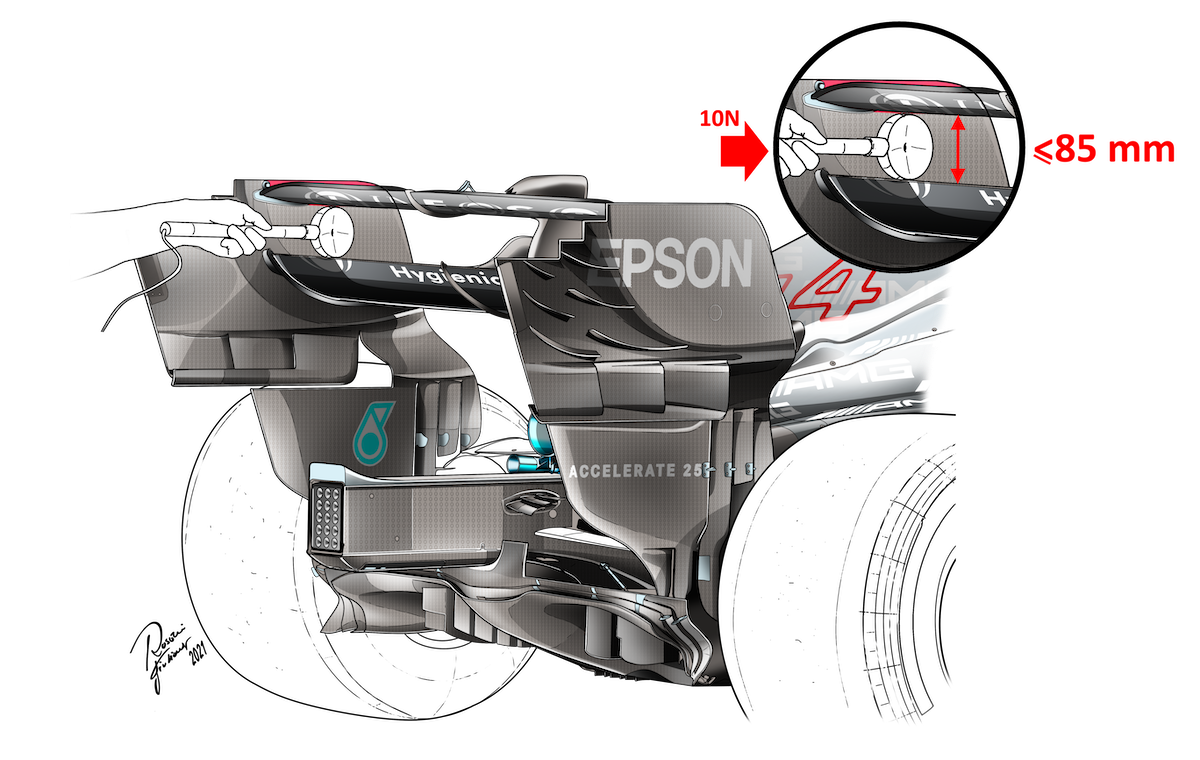