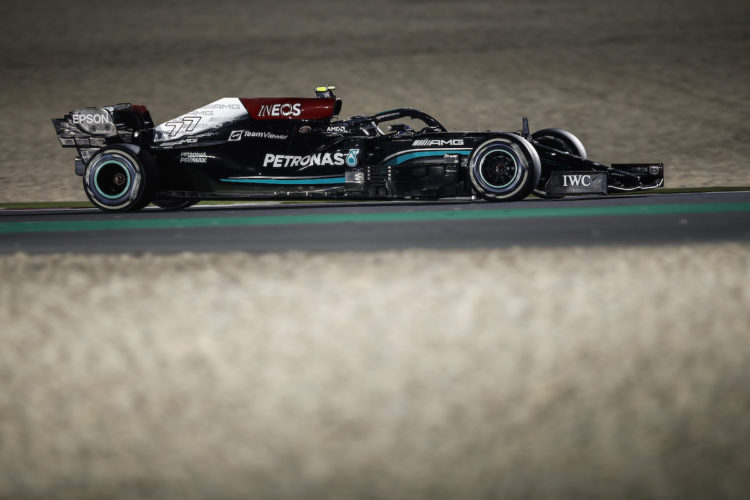 The Finn dropped back a number of positions at the start of the race, before the team opted to extend his opening stint on the Medium tyres.

However, on lap 33 Bottas suffered a front left puncture while running in third place. After being served in the pits, Bottas re-joined the circuit one lap down on his race-leading team-mate Lewis Hamilton.

Mercedes soon retired Bottas’ car from the race, which marked his fourth DNF result of the 2021 campaign.

“If you can say it about the day in the office, if you can call it hell, that was Valtteri’s day,” Wolff said.

“[He] fell back right at the start right into No Man’s Land. [He] recovered [and was] really on course for a podium.

“That was the first point we had a puncture at the beginning of the lap. Then there was no downforce anymore and we retired it.

“It doesn’t get any worse. The car was running hot, the car was damaged and it wasn’t fast enough anymore so we decided to reserve the power unit.”

While Bottas endured a difficult outing, team-mate Hamilton went on to take victory and eat into the championship advantage held by Max Verstappen.

“I think I never stopped believing that this was on, because we had such a strong Turkey [race] that obviously fell back below our expectations in Austin and in Mexico,” Wolff said.

“Anyone in the team refuses to give up. I’m grateful how the championship has swung. If you had told me at the start of the year that we’d be right in the fight in Saudi and Abu Dhabi I would have taken it.

“I hope that’s going to go all the way to the end and whoever will win merits the win.”