Mercedes ‘moving from hope to belief’ in F1 title battle 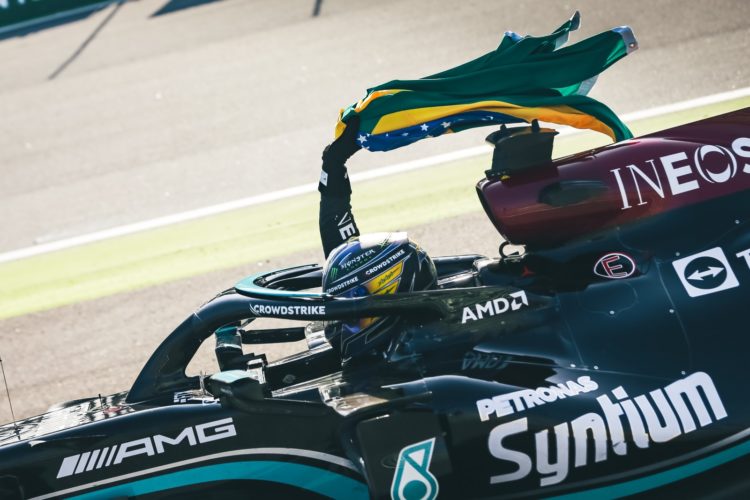 Mercedes says its performance in Brazil means ‘it has moved from hope to belief’ in terms of its Formula 1 title prospects in 2021.

Mercedes suffered back-to-back defeats at the hands of Red Bull’s Max Verstappen in the United States and Mexico City.

Lewis Hamilton claimed an emphatic pole position and despite being excluded from qualifying was able to recover from last to fifth in Sprint, before surging from 10th on the grid to claim victory in the grand prix.

The win enabled Hamilton to move to within 14 points of Verstappen in the standings while Mercedes pulled 11 points clear of Red Bull in the Constructors’ battle.

“The impact on the championship this weekend, the fact we’ve got the penalty out of the way and managed to outscore Max and outscored Red Bull, [and that] gives us a lot of confidence,” said Mercedes’ trackside engineering director Andrew Shovlin.

“I think for us, the championship, coming out of Mexico we had hope we could win them both and now it’s moving to belief that we can win them both and we’ll be working very, very hard to ensure we can do that.”

The final trio of events will take place in Qatar, Saudi Arabia and Abu Dhabi, where high ambient temperatures are expected, albeit with the caveat that the main track activity takes place in the evening.

Shovlin added that the performance of the W12 in the hot conditions on race day, with track temperature reaching in excess of 50c, added to the optimism.

“The car was working well on a single lap, we had good pace in the cooler conditions in the Sprint, we were keeping the tyres in a really good region,” he said.

“In the race it was a strong performance but on a really hot track, up at 50c, it’s an aggressive circuit and the car was still working really well.

“So to have performed over the various sessions in a range of conditions has been really encouraging when you look at the conditions we’re going to get across the next three tracks.”