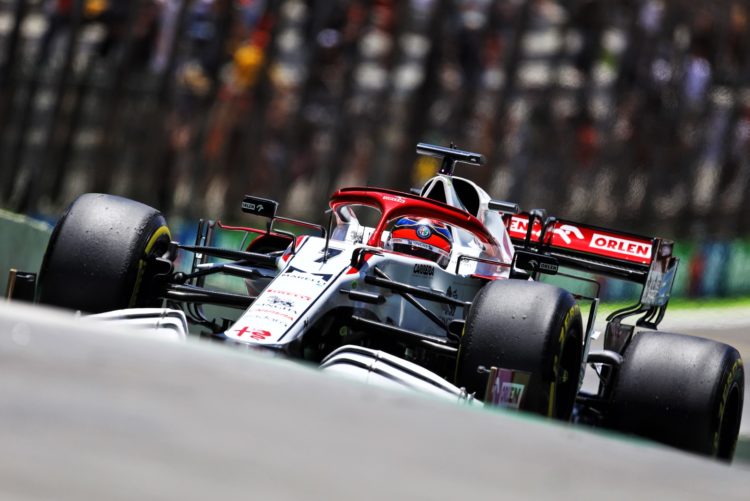 Räikkönen was one of the main losers of Formula 1’s Sprint on Saturday after tangling with Alfa Romeo team-mate Antonio Giovinazzi at the start of the second lap.

Räikkönen was tipped into a spin by Giovinazzi into the Senna S shortly after the pair darted either side of Alpine driver Fernando Alonso.

Räikkönen was able to recover to 18th, and was set to start ahead of the Haas drivers, but Alfa Romeo has changed the rear wing specification on his C41.

Changes have also been made to the set-up of Raikkonen’s suspension.

As this is in contravention of parc ferme regulations Räikkönen must now start Sunday’s race from the pit lane.

Räikkönen’s removal from the grid will means the Haas drivers will now start 18th and 19th respectively, with Mick Schumacher in front of team-mate Nikita Mazepin.