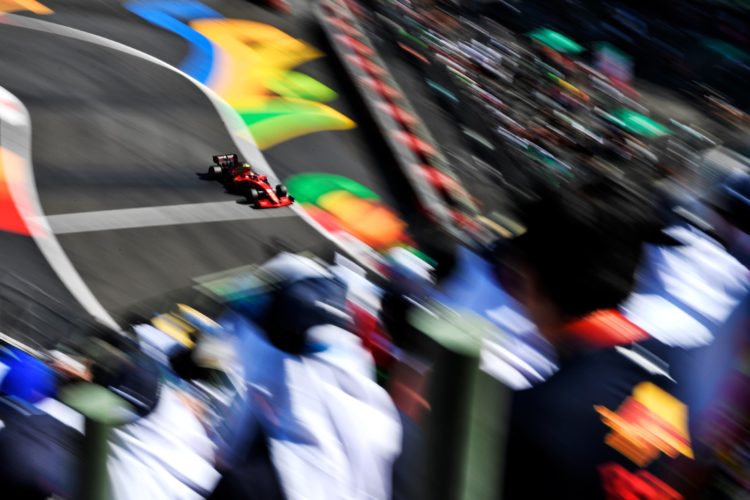 Ferrari’s fight with McLaren will be “super tight” until the end of 2021, according to Carlos Sainz, despite the points swing in Mexico.

Ferrari scored fifth and sixth at the Autodromo Hermanos Rodriguez while McLaren picked up only 10th, courtesy of Lando Norris, with Daniel Ricciardo’s prospects unravelling at the first turn.

It enabled Ferrari to jump ahead of McLaren for third in the standings and open a 13.5-point advantage.

But despite Ferrari’s recent form, having finished ahead of McLaren at each of the last three grands prix since introducing an updated hybrid system, its drivers are wary of the season run-in.

“I think it’s going to be super tight to the end,” said Sainz.

“Mainly because if I give you the example of Mexico, in Turn 1, Daniel was ahead of us and that’s a fact so McLaren is in the mix at every weekend.

“Then obviously he had the crash but up until Turn 1, there was a McLaren in front of the two Ferraris.

“They have their strengths, they have very good starts, they have a car that is very good in high-speed corners, sector two they were very strong when we were looking at the data so as soon as we go to tracks that are more favourable to them like Monza or Sochi, where they were miles ahead then it’s going to be tricky to beat them.

“What this new power unit has allowed us is to keep us in the mix at every track and put a good fight and at the moment we are executing that fight nicely and we are finally ahead in the championship now.”

Team-mate Charles Leclerc believes making fewer mistakes, rather than overall performance, is likely to determine the outcome of the battle.

“The one that does the less big mistakes will win. [Mexico] has been a good example of this.

“We’ve taken a big opportunity with both of the McLarens quite far behind. We managed to get quite a bit of points which I think is an important time for the third place in the championship.”