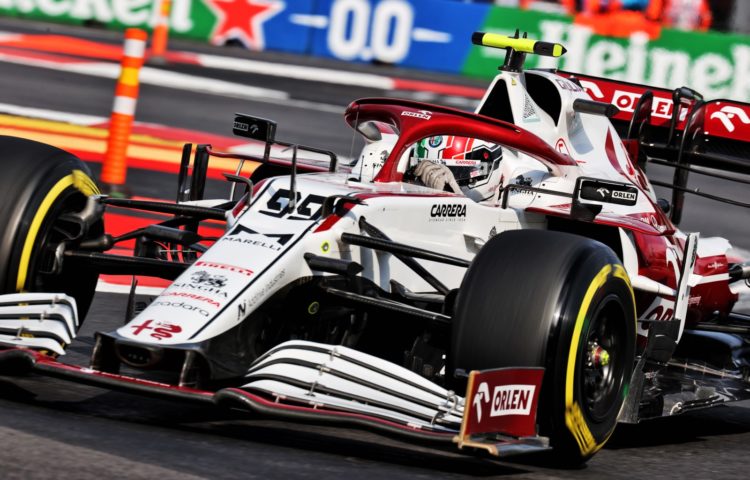 Alfa Romeo says that it overestimated the speed of Daniel Ricciardo as it explained the strategy that cost Antonio Giovinazzi a likely points finish in Mexico City.

Giovinazzi was one of the beneficiaries of the start chaos as he moved up to sixth and then held seventh through the first stint after being overhauled by Ferrari’s Carlos Sainz.

Giovinazzi was brought in after 16 of the 71 laps to change from Medium to Hard tyres but dropped back in behind Ricciardo and Valtteri Bottas, who stopped on the opening lap after their clash.

The Italian remained behind the pair and was subsequently overcut by Sebastian Vettel, Kimi Räikkönen, Fernando Alonso and Lando Norris.

A sarcastic Giovinazzi quipped “thanks for the great strategy” on the cooldown lap and expressed his frustration in the immediate aftermath of the race.

“We decided to box Antonio and we thought he’d go with Bottas and Ricciardo,” said Alfa Romeo’s Head of Track Engineering Xevi Pujolar, who pointed to Giovinazzi struggling with the rear tyres.

“What we misjudged here was the pace of these two guys. We thought that their pace would be faster, or as fast as Kimi and all these guys.

“That was not ideal for Antonio, and we didn’t expect that, so he could not overtake and lost time.

“We compromised that race because Ricciardo, I don’t know if he had some problem, but even if you manage [tyres] you don’t lose so much time but he lost time.”

It enabled Alfa Romeo to close to within 12 points of Williams in the fight for eighth in the standings.