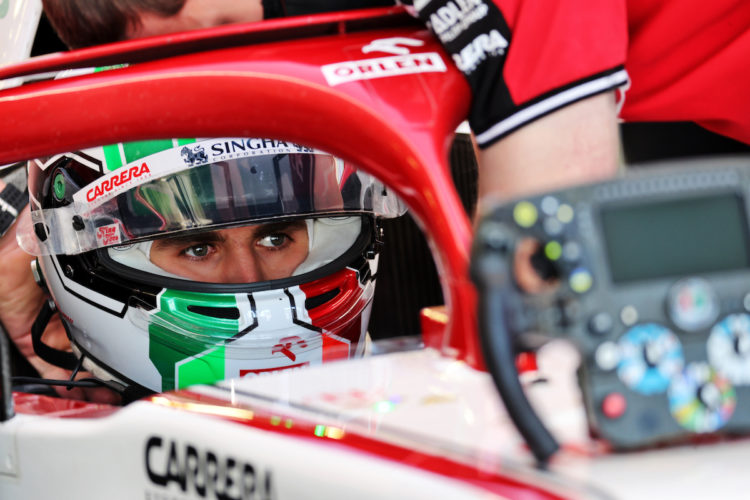 Alfa Romeo’s Antonio Giovinazzi was left disappointed with his race strategy at the Mexico Grand Prix, believing a wrong call denied him his second points finish of the 2021 season.

Having escaped the contact that occurred between multiple cars at Turns 1 and 2 on Sunday, Giovinazzi found himself running in sixth place, though swiftly relinquished one place to Ferrari’s Carlos Sainz.

The Italian was one of the first drivers to pit on lap 16 of 71, swapping his Medium tyres for the Hard compound.

However, the early tyre change put him in traffic, which cost him time to the cars he was racing prior to his stop; Giovinazzi eventually crossed the line in 11th.

After the race, the 27-year-old vented his frustration over team radio, sarcastically exclaiming: “Hey guys, thanks for the great strategy”.

Speaking to media after the race, Giovinazzi says he was on course to join team-mate Kimi Raikkonen inside the top 10, as the Finn managed to secure eighth for Alfa Romeo.

“I’m really disappointed because I think today was a good chance for the team to score points with two cars,” Giovinazzi said.

“But they didn’t manage to have a great strategy [for] myself, we pitted too early then I was on traffic when I came out, just not great.

“I’m happy to stop [early] but not to go out and find the traffic in front because then the strategy will never work.”

Giovinazzi has just one point finish to his name this year, which he claimed at the Monaco Grand Prix when he crossed the line in 10th place.