Kubica: Adapting from F1 to sportscars has been harder this year 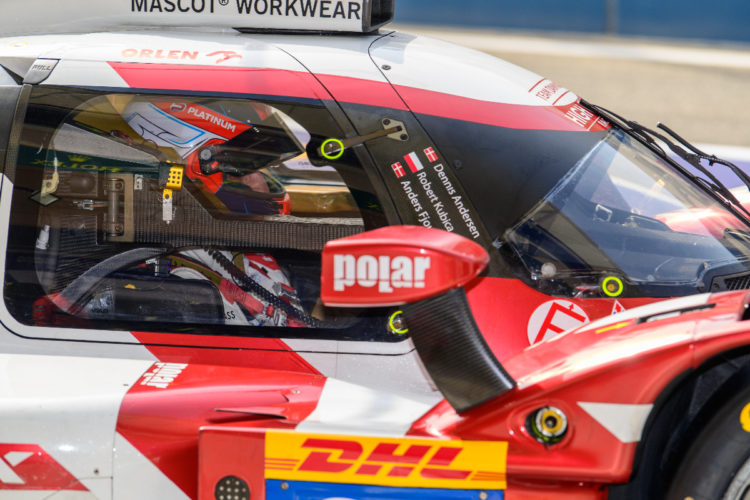 Robert Kubica says he has had a harder time jumping from sportscars back into Alfa Romeo’s Formula One machinery in 2021 compared to last year, when he was combining his Formula One role with a season in DTM.

The Polish driver has been mostly racing in the LMP2 category throughout the 2021 season and is closing out his campaign with two races with Danish squad High Class Racing in the FIA World Endurance Championship. His sportscar exploits are carried out alongside his duties as test and reserve driver with the Alfa Romeo Formula One team.

Kubica has made two unexpected Grand Prix appearances in 2021, subbing for Kimi Raikkonen at the Dutch and Italian Grands Prix when Raikkonen was ruled with a positive COVID-19 test.

Speaking to MotorsportWeek.com ahead of WEC’s title decider in Bahrain, Kubica explained that it is easier to move from Formula One to LMP2 than vice versa, but that he has struggled more with the transitition this year.

“The differences are very big,” Kubica said. “It’s much more complicated to switch from LMP2 to Formula One than switching back. There are quite big differences this year. For whatever reason, the combination LMP2 – Formula One, I found it more difficult to adapt to Formula One in a short period.”

“Last year with DTM for whatever reason, maybe our car in F1 was suiting me better but I found it easier. From the beginning of this year, whenever I was jumping from the LMP2 car to Formula One, I did not have mega confidence and a good feeling. Of course there are a few reasons to it and in the end it is so different that you cannot compare.”

Kubica returns to Danish squad High Class Racing after having joined the team for its ill-fated attempt at the Rolex 24 at Daytona in January, where the team retired early on. After contesting most of the season with Team WRT, the Pole says he is mainly focused on trying to work with the team’s Bronze-rated driver Dennis Andersen.

“It’s a different approach racing with a gentleman in the car,” the one-time Grand Prix winner said. “We try to do our best. High Class did change a bit from from what I experienced in January. You never know what to expect and what what you will find out but I think we are working together well here, trying to improve.”

“You have to look at the race realistically,” Kubica continued. “We are not racing against WRT, JOTA or United [Autosports]. I think we know where our place is.”

“Especially in an eight-hour race, where the bronze driver has to stay much longer in the car than a six hour race, it is even more important to make him feel as best as he can. This is our target, to make our car as efficient and as good as possible on long runs because this for sure unlocks a lot of performance.”

Kubica’s previous appearance with High Class Racing at Daytona ended prematurely as the team retired after only a few laps with gearbox issues. When asked if he would like to have another try at the Florida classic, he is cautiously positive.

“First of all, I will need to see what I will be doing next year and how my plans will be. Of course, Daytona is a good opportunity in case I will be doing endurance racing in the future.

It is a good opportunity to get experience because in the end I entered Daytona and Le Mans and Daytona ended very quickly, I hadn’t been in the car. So it might be but on the other hand it will depend on the pro racing program and what I would be doing. We will wait and see.”