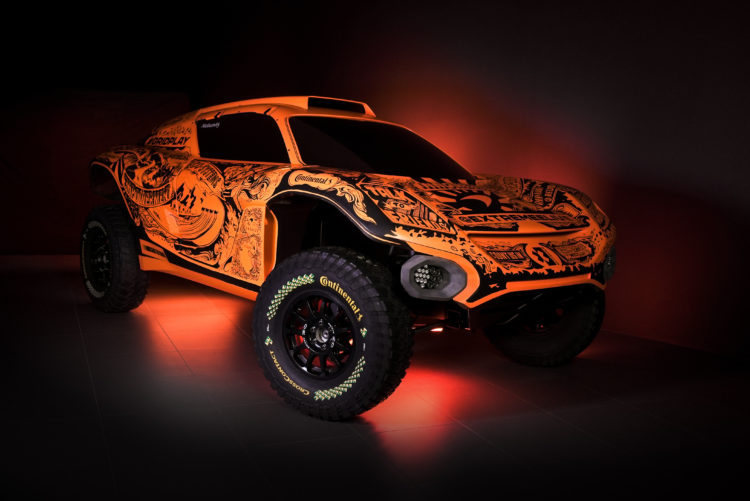 McLaren has revealed its Extreme E livery ahead of its 2022 entry into the series, and has recruited Emma Gilmour to its driver line-up.

McLaren will enter the championship from 2022 and unveiled its livery and full driver line-up as part of the COP26 summit in Glasgow on Wednesday, with His Royal Highness the Prince of Wales in attendance.

The squad had already announced the signing of Tanner Foust and has now hired Gilmour to complete its driver pairing.

New Zealander Gilmour, who has vast experience in rallying and rallycross, contested the most recent two Extreme E rounds in Greenland and Sardinia with Veloce.

“Growing up in New Zealand, Bruce McLaren and McLaren Racing are seen as the pinnacles of motorsport.

“To be competing in Extreme E next year with McLaren is a special opportunity.

“The series is a fantastic platform that represents equality and addresses the key issues affecting our planet and society.

“I’m looking to draw on my previous experience in Extreme E alongside all my skills across rally, rallycross and cross-country rallying, that make me well-suited to the sport, to make a positive impact and inspire the next generation of female drivers and engineers.”

The car will be piloted by Foust and Gilmour when Extreme E’s 2022 campaign begins in Saudi Arabia in February.

“She’s a race winner and has proven herself this year in Extreme E alongside a vast background in competitive off-roading in multiple racing series across the globe.

“It’s fitting that our first female driver originates from New Zealand where our founder Bruce McLaren was from.

“We’re looking forward to competing in Extreme E’s second season to continue to educate ourselves on this journey of discovery and use our voice to shine a light on key issues impacting the world.”