GruppeM Racing to expand to two-car DTM effort in 2022 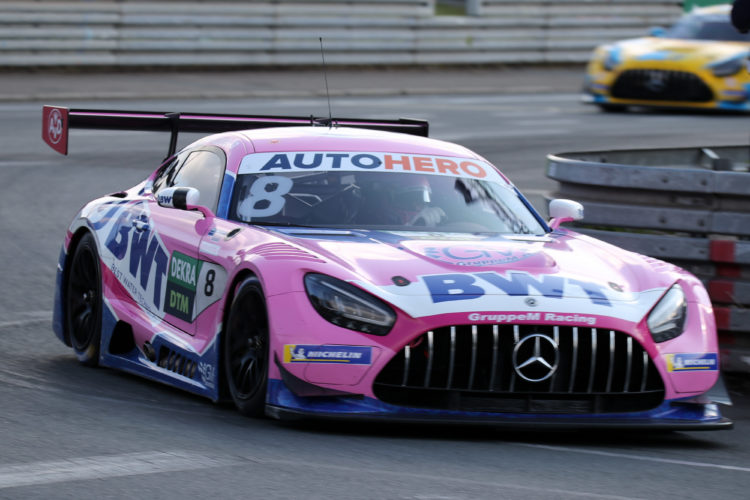 GruppeM Racing will double its DTM effort for the 2022 season, fielding a pair of Mercedes-AMG GT3 Evos for its second year in the series.

The Hong Kong-based squad made its series debut in 2021, fielding a single car for Daniel Juncadella.

The team finished sixth in the championship standings on its debut season, aided by a podium for Juncadella at the Nürburging and a run of four consecutive points finishes in the final races of the season.

“I am proud to announce that GruppeM Racing is planning to come back to the DTM next season with two cars,” said team owner Kenny Chen. “We are ready to take on the full DTM challenge for both the teams’ and drivers’ championships.”

GruppeM Racing was the very first teams to publicly announce its commitments to the revamped, GT3-based DTM series back in November of 2020. It had previously been a staple of global GT3 competition, winning the Suzuka 10 Hours in 2018 and the FIA GT World Cup in Macau in 2019.

Who will drive for the team in its two-car effort for the 2021 season will be announced by the team at a later date.

“After an excellent first year for the new-style DTM, we are extremely happy and excited to be entering again in 2022 with two Mercedes-AMG GT3s,” added team COO Andy Smith.

“It was great to see such close and exciting racing through the 2021 season, and it was especially fantastic once we could welcome spectators back and see real energy from the full grandstands.

“DTM fits perfectly within our plans for further growth within our group structure and we look forward to being on the grid and challenging for the title with two cars next year.”