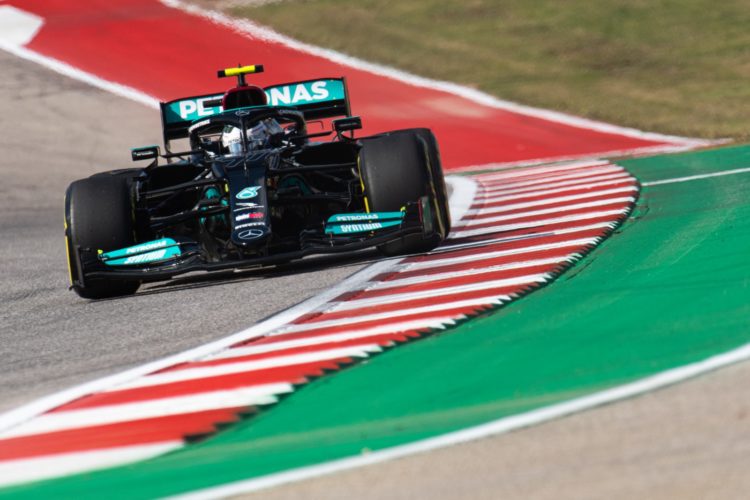 Valtteri Bottas has asserted that he can still contend for victory in Formula 1’s United States Grand Prix despite taking a grid penalty.

Bottas will drop five places from wherever he qualifies after taking on a fresh ICE, his sixth of the season, prior to Friday’s practice sessions at the Circuit of the Americas.

It means Bottas is likely to start at best sixth but he has vowed that he can still battle to make it back-to-back victories both in Formula 1 and at COTA, having triumphed upon the championship’s last visit in 2019.

“There’s quite a bit of work to do, no doubt, we need to find what are the best options we can take,” Bottas said.

“I want to make it to the podium and fight for the win, so there’s lots of work to be done, as always.”

“The main thing for me, I think, is to focus on the race pace and that’s what we tried to focus on, especially in FP2,” he said.

“There’s still a lot of work to do with the set-up, it’s not easy to drive at all, as it feels like in some places this track has lost quite a bit of grip, and then the balance is a bit inconsistent.

“It’s hotter than the last time we were here, but also I think the tarmac is getting older and is less grippy.”