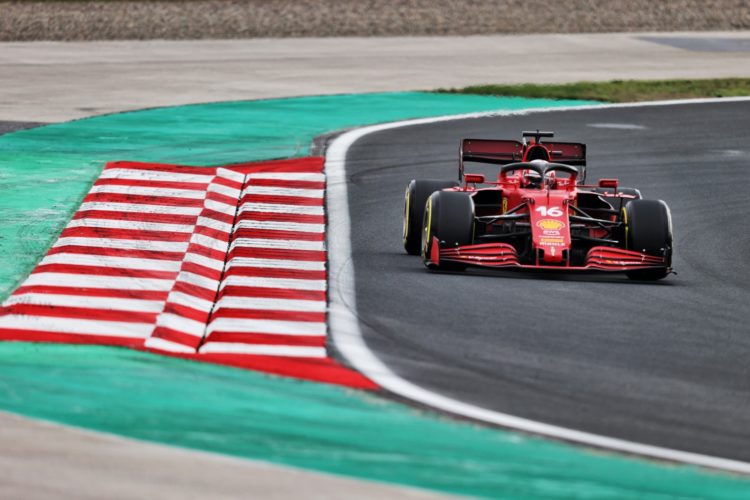 Formula 1 made a stop at the Istanbul Park track in Turkey at the weekend, which provided an opportunity to look at different aerodynamic solutions adopted by the teams, and aerodynamic tests also in view of next year.

The circuit is a track that allows for a certain versatility of the set-up, due to the presence of long straights, slow corners and very fast corners. Last year this aspect was very limited by the very bad conditions of the track surface, which proved to be very slippery because it hadn’t been used for many years, and subsequently the wet weather made things worse.

Before the Grand Prix at the weekend, the organisers and managers of the track carried out a series of interventions to increase the roughness of the asphalt, removing bituminous layers that made the surface oily in 2020. The increase in grip in the 2021 edition is therefore significantly increased, and the various teams during free practice on Friday sought the right aerodynamic compromise.

Almost all the teams initially started with high downforce aerodynamic setups, obviously starting from the references that existed from the previous edition of the Turkish GP. However, the positive effects of increased grip prompted many to unload their wings.

Ferrari immediately got on well at Istanbul Park, on a circuit that was initially thought to favour their main rival, McLaren. The SF21 instead surprised, especially with its qualifying pace, almost in line with that shown by Mercedes. The engineers from Maranello diversified the set-up in the second practice on Friday, mounting the spoon wing on the car of Charles Leclerc.

Ferrari continued to perform well out of slow corners, mainly present in the first and last sector. It is also important to underline that both drivers have the new hybrid components at their disposal for the first time, with only Lerclerc enjoying their benefit in Sochi.

In Turkey, on the other hand, after having thoroughly tested reliability in Russia, Ferrari showed the progress it has made on its Power Unit, specifically the hybrid part. The real revolution, especially in view of 2022, passes from the new technologies that make up the Energy Store (battery), which in the new specification will work at higher voltages, around 700-800 Volts. The battery is no longer lithium-ion, but works in solid state. This went to the full advantage of the reduction in weight and dimensions of the 065/6 spec.

On the SF21 in Turkey, new bodywork was seen at the rear, with narrower openings to increase the efficiency of fluid dynamics. The cooler temperatures due to the rain made it possible to use this solution, even though both drivers then had to race with the high downforce rear wing.

Another team that worked a lot on the set-up front was Mercedes, which continues at each GP to diversify the aerodynamic configurations of Hamilton and Bottas’ W12. Three different rear configurations have been seen on the Brackley based car over the weekend, one of which features a DRS flap with a shorter rope.

Ferrari also worked a lot in terms of data collection for the simulator, mounting a grid of pitot tubes in the rear area in FP1, to compare track data and factory data in the diffuser area.

At Mercedes they know they have a car that lacks compared to the RB16B in terms of aerodynamic efficiency, which makes overtaking difficult. This mainly concerns Lewis Hamilton, who for the race suffered a 10-place penalty from qualifying for mounting a fourth ICE unit.

Unlike Red Bull, which replaced Max Verstappen’s entire PU, including the Turbo, MGU-K, MGU-H and control electronics, resulting in a 20-place grid drop, Mercedes has decided to gradually introduce new elements so as not to suffer too many penalty positions at a single GP.

The aerodynamic work of the Mercedes team for the Turkish GP also involved the front area where the wing, tried only for a few runs in Sochi, reappeared. The new wing is revised on the outermost part, with greater downforce at the endplates, very similar to the Red Bull philosophy.

Still on the subject of front wings, Mercedes’ ‘cousin’, Aston Martin, worked a lot in revisiting the two pitot towers positioned at the ends of the main plane of the wing. The purpose is to collect data concerning the behaviour of the air flow while the car is in the roll phase (cornering).

The internal part, when cornering, has a reduced speed compared to the external part of the car, and it is very difficult for the simulator to be able to reproduce this phenomenon. The test conducted on the AMR21 had already been seen at the Paul Ricard, and mainly studies how this area of ​​the car behaves at a fluid dynamic level, especially in view of next season when it will be important to bring as much air as possible into the undefloor venturi ducts, which will contribute huge amounts of downforce.