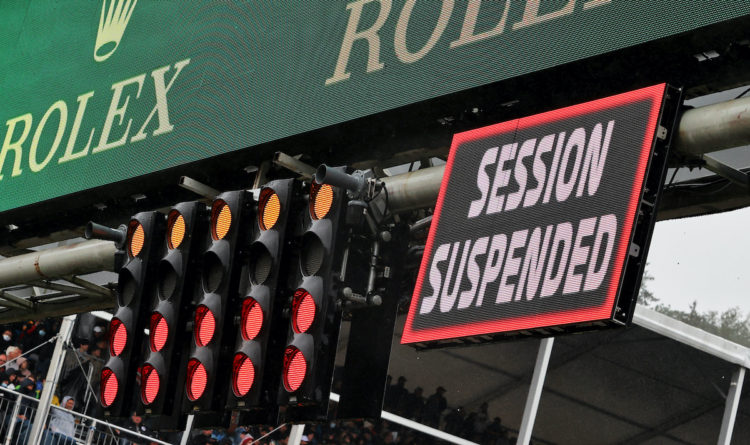 The Formula 1 Commission has given the green light for potential changes to the regulations in the wake of this year’s Belgian Grand Prix debacle.

Only three laps were completed, all behind the Safety Car, due to persistent wet and misty conditions that engulfed the Circuit de Spa-Francorchamps.

The results were taken back to the end of lap one but sufficient mileage had been completed in order to issue a race classification and half points.

Formula 1’s Commission met on Wednesday in London and on the agenda was the rain-shortened race.

The Commission “discussed potential updates to the regulations and asked that the Sporting Advisory Committee considers this topic at its next meeting to propose options for updated procedures and regulations.”

No further details have been provided but there were several contentious points noted and ideas raised in the immediate aftermath of the race.

This included amending the regulations regarding the distribution of points as well as the ability to move the race forward to earlier in the day if severe weather is forecast.

Formula 1’s Commission was also presented with a report on the first two Sprint events that were held at the British and Italian grands prix.

In a statement it was outlined that the report “gathered feedback from a large number of stakeholders, which were positive about the Sprint concept.”

Sprint is set to stay in Formula 1 next season on an expanded basis but further evaluations will be made after the third and final trial of 2021 in Brazil next month.