McLaren still has deficits ‘in all areas’ – Seidl 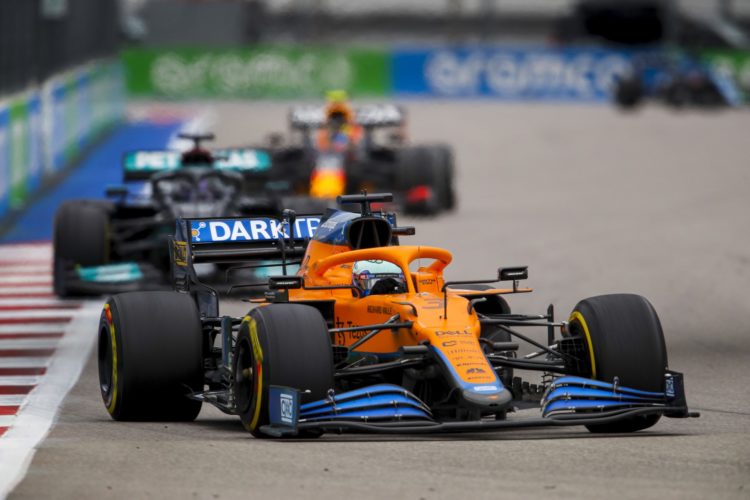 McLaren Team Principal Andreas Seidl says the squad still faces deficits “in all areas” despite its recent form in Formula 1.

McLaren claimed a 1-2 finish in Italy, ending its nine-year win drought, while in Russia Lando Norris led the majority of the race from his maiden pole position.

The squad has been on an upwards trajectory in recent years and holds third spot in this season’s championship, 17.5 points clear of Ferrari.

But Seidl has stressed that McLaren is not getting carried away with its current performance level.

“We are building this up together, we are learning from the mistakes that are happening, and I think that’s what you see in terms of results,” he said.

“We’re in a better position to – I don’t want to say too much – but we’ve had a great run of reliability, which is key in being able to score these points all the time, from the car side.

“I think we – in spite of what happened at the end of the race – we have a race team that is sometimes spot on with the strategy, with tyres calls during the race, so I am very happy with the progress we are making.

“The moment you are satisfied with what you have achieved is the start of the decline so that’s how we approach it.”

Seidl, who joined McLaren in 2019, nonetheless emphasised his optimism over the outfit’s progression.

“As I say several times, I see us simply being in the middle of a journey, getting back to the front in Formula 1,” he said.

“We have a clear plan in place of what we need to make in terms of what steps, on the infrastructure side, organisational side, cultural side in order to make these next steps, in order to battle the teams in front of us at each race weekend.

“It’s important in this sport to keep the respect up of all the competitors as well and simply keep learning and again with everything I keep seeing in the team, I’m very happy, very confident that once we have everything in place that we need on our journey, we’ll be in a position to fight Red Bull and Mercedes again regularly.

“And obviously it’s great to see that already now occasionally depending on the tracks as well, we are able to fight for pole positions and for the race win.”