Hakkinen: ‘No doubt’ Norris’ first F1 win not far away 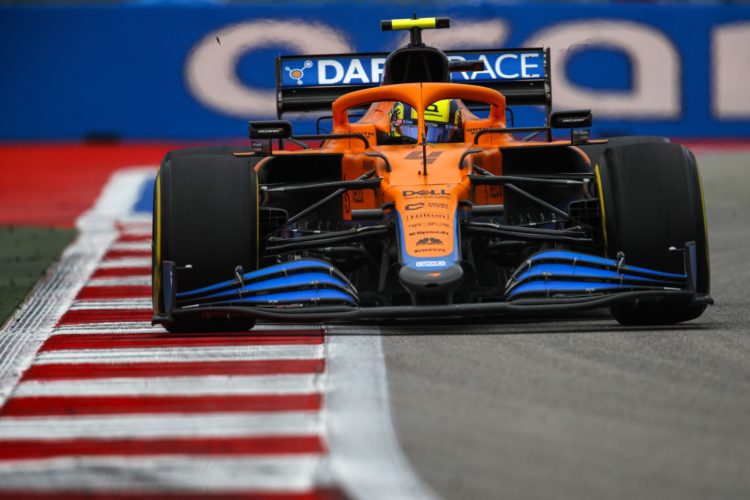 Mika Hakkinen says he has “no doubt” that Lando Norris will soon claim a maiden Formula 1 victory in the wake of the Briton’s performance at the Russian Grand Prix.

Double World Champion Hakkinen spent nine years racing in Formula 1 for McLaren and claimed all 20 of his race wins with the team.

Norris scored his maiden pole position in Russia and regained the lead during the first stint from Ferrari’s Carlos Sainz, and kept Lewis Hamilton at bay after the pit stop phase.

But Norris’ prospects unravelled when rain struck Sochi Autodrom during the closing stages and he dropped to seventh after staying out too long on slick tyres.

“I felt sorry for Lando Norris who drove brilliantly all weekend, grabbed pole position in difficult conditions and dominated the race until the rain arrived,” Hakkinen wrote in his Unibet column.

“After finishing second to McLaren team-mate Daniel Ricciardo in Italy you could really sense his determination and focus on getting the win in Sochi.

“No one should blame him for making the decision to try and keep his lead when the rain started to fall.

“It is easy to criticise, but when you are trying to score your first win in F1 you often have face difficult decisions.

“Lando has great car control, particularly in the wet, so it came down to how confident he felt and how much risk he was prepared to take.

“No matter what the team is thinking, the driver is the one who knows how much grip he has in the car. The moment the rain became heavy Lando had no chance. It’s like trying to walk on ice on normal shoes!

“As I have said before, I have no doubt Lando’s first win is not far away. He should be proud of his performance on Sunday.”

Hakkinen also praised World Champion Hamilton in the wake of his 100th win.

“It is a huge achievement,” he wrote. “He showed another important quality in the race – patience.

“It’s a quality you learn over time, particularly when you have confidence in yourself, your car and the team.  You learn to focus on simply driving your best strategy, allowing the race to come to you.

“You could see that in Sochi. Despite a difficult qualifying and dropping three places at the start, Lewis’s recovery was steady.

“He picked off each target and calmly worked his way into the fight with Lando. In the dry conditions he found it more difficult to get past Lando’s McLaren, so when the rain arrived it became a clear opportunity for Lewis to take.”