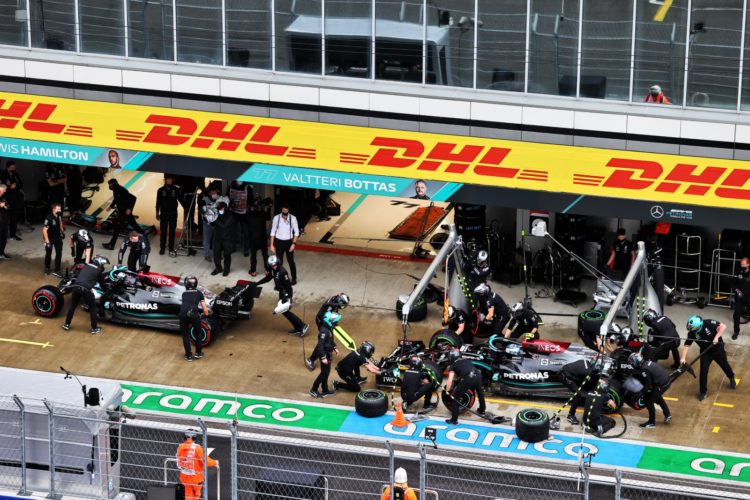 Mercedes boss Toto Wolff says Lewis Hamilton’s error in the pit lane during qualifying did not cost the squad pole position in Russia.

Hamilton held provisional pole at Sochi after the first Q3 runs on Intermediate tyres but conditions improved as the session developed.

Several drivers switched to slick tyres but as Hamilton came into the pit lane he slid wide and nudged the wall.

Hamilton was able to return to action following swift repairs but had only one warm-up lap on slick tyres and was overhauled by Lando Norris, Carlos Sainz and George Russell.

Hamilton ultimately spun through Turn 16 on his sole push lap and wound up fourth.

“There are situations like today that are just really unfortunate,” said Wolff.

“You can’t point to a mistake today – we were the first cars out in the session and found ourselves in a sequence where either we would have aborted our last two runs on the Intermediate tyre to get two Soft runs in or play it safe by finishing the lap, which is what we did.

“If you could turn back time, you’d maybe not go out first and wait a minute later but then you’re into crystal ball reading.

“Even without Lewis’ kiss on the wall we wouldn’t have been able to do two laps on the Soft and it was definitely a lap two tyre today.

“With the second lap, I’m sure we would have been fast enough for the front row but with one lap, you have no chance of heating the tyre enough.

“Now we need to turn it around tomorrow, these things sometimes go against you but the important thing is how you react.

“Lewis is still in the hunt for the win, that’s the target and Valtteri [Bottas] can go on the attack from P7, he’s looked very strong all weekend.”