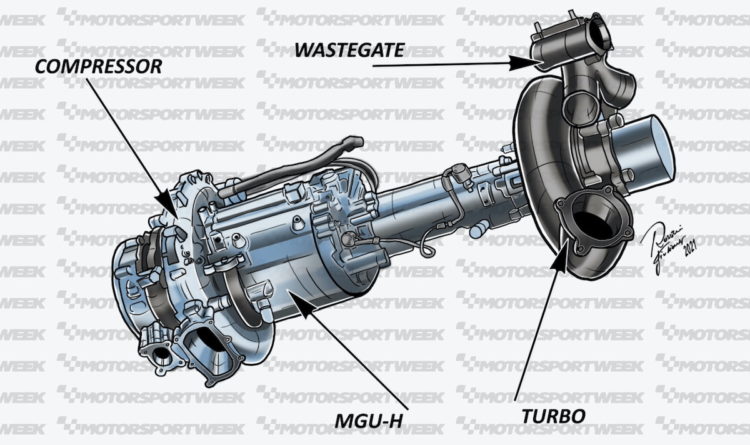 The future of Formula 1 is just five months away with a set of new technical regulations to debut in 2022, but there is already talk of further changes for 2025/26, let’s take a look at what might change…

F1 has been trying to attract more manufacturers, with the primary aim of making itself an attractive place to be for major car manufacturers. The FIA and F1 have already introduced a budget cap and new rules which aim to increase excitement, but question marks remain over the very expensive power unit.

2025 has been earmarked as the year a new power unit will be introduced as it falls 12 years after the introduction of the last engine, which is the current 1.6L V6 engine with two hybrid elements, though there is now talk of pushing this back to 2026.

One of the FIA’s primary focuses is to introduce a more environmentally sustainable future, with the adoption of eco-fuels and oils, which will come from recycled organic waste. This will partly happen as soon as next year with a greener fuel, before gradually ramping things up until the fuel is 100% “eco”.

Next year sees the introduction of a new set of rules, that will see cars that are completely different in terms of aerodynamics. As we know, the ground effect will become predominant in the generation of downforce, in order to reduce the sensitivity to turbulence of the wings. The adoption of venturi tunnels in the lower part of the car will allow next year’s single-seaters to have high efficiency downforce, without suffering drag. This will make it possible to increase the battles on the track even outside the DRS zones, as the driver who follows a car closely will not suffer as great an aerodynamic disturbance.

With the standardisation of many mechanical components, there will be a small levelling and balance between the teams. A choice that goes against what is the true spirit of F1 and technological research, but something the FIA ​​and Liberty Media have evaluated as a potential element to cut costs without going against the true DNA of the sport.

To attract the entry of new manufacturers, F1 is going closer to road cars in terms of components, obviously without losing the characteristics that distinguish a racing car from a road car. Many manufacturers choose prototype or sportscar competitions, such as WEC, as many parts used in competition derive directly from their road-going counterparts. This obviously allows a manufacturer to exhibit exactly what it’s trying to sell.

F1 is taking a small step in that direction with the move to 18″ rims, up from 13″, which will bring them in line with the wheels used on the roads.

On the Power Unit front, Formula 1 intends to increasingly make the move towards the electrification, but without entirely abandoning the combustion engine. The idea of ​​the FIA ​​and Stefano Domenicali (F1 chairman) is to give a greater emphasis to the electrical part, with motor generators and batteries capable of providing more than 30% of the total power.

Car groups such as Audi and Volkswagen are looking closely at the future of F1, considering a possible entry as a way to continue researching electric powertrains . One of the main problems to be addressed is that of cost reduction. Current engines have a very high cost, which between production and development weigh heavily on the manufacturers’ budgets. Honda’s farewell shook the F1 world, and kicked off an acceleration of F1 action for the future.

One of the aspects that is being evaluated to reduce engine costs is to abandon the motor-generator that collects energy from the combustion gases of the internal combustion engine, namely the MGU-H.

The idea seems to be shared by most of the current manufacturers and a viable economic alternative must be considered. The MGU-H motor-generator contributes most of the energy recovery, making current engines extremely efficient from this point of view.

One of the possible alternatives would be to introduce a second MGU-K, which would recover the energy dissipated during braking from the front axle, to be coupled to the one already present for the rear brakes.

Red Bull and Volkswagen would also like to switch to endothermic engines more similar to road going ones, with the idea of ​​introducing an all-wheel drive V4, instead of the current 1600 cm3 rear-wheel drive V6. An idea that hasn’t convinced the FIA or the other teams. The goal is to make F1 more sustainable and attractive to the manufacturers, but without losing the real nature of the competition, which is about the maximum pursuit of performance and technology.