Technical Insight: Ferrari with a new front wing in Monza 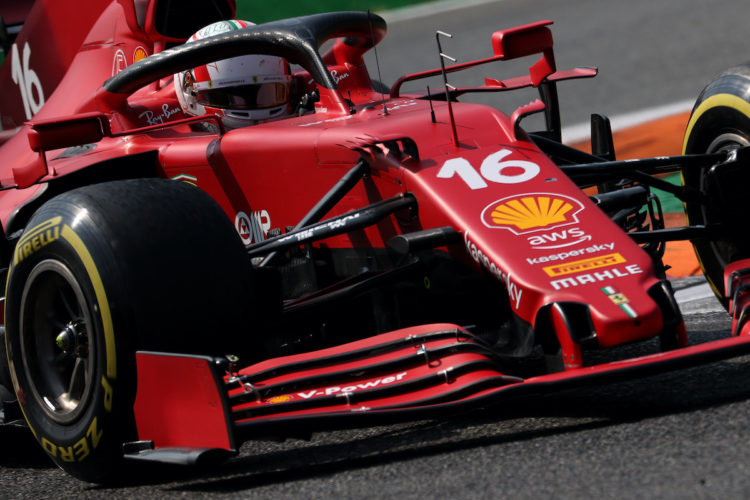 Ferrari arrived in Monza, its home race, with the knowledge that it cannot give great joy to the tifosi, but with the confidence of not repeating last year’s horrible performance with the SF1000.

The SF21 is a machine that, compared to last season, was a clear step forward despite the various limitations arising from the homologation of the macro components. It is clear that Ferrari’s car this year still has several limitations, especially in generating downforce in fast corners and generating energy in the front tyres.

The SF21 is not suited to the Monza circuit, in part because of the Power Unit: the 065/6 Evo has proven to be a clear step forward compared to 2020, however it still holds roughly 15 HP deficit from the most powerful Honda and Mercedes units.

Some crunches in terms of reliability were seen on Friday in Charles Leclerc’s car, with the Monegasque racer having to re-use the old unit, in order not to incur penalties on the starting grid. Monza is a very demanding track for engines, where drivers are on full throttle for almost 80% of the lap time. Furthermore, updates are still awaited on the Ferrari that will concern the hybridisation, which should arrive in Sochi. On the current 065/6, in fact, the 2020 components are still present in the hybrid area.

If it weren’t for the Power Unit aspect, Ferrari would have a much better performance at Monza. The circuit has characteristics which, beyond the long straights, actually favour the SF21, which has always behaved discreetly at rear limited circuits, that is, those tracks in which it is important to have great traction, generating grip mainly on the rear axle. Monza is exactly of this type, due to the chicanes that break up the long straights.

It is precisely for this reason that their performance was better than originally predicted.

The aerodynamic configuration chosen by Ferrari is practically identical to that used in Belgium and Azerbaijan, with the rear wing having an almost neutral main plane, but with a movable flap with a decent incidence. The only change compared to Spa concerned the removal of the nolder, to slightly reduce drag.

Despite choosing a set-up that did not push any boundaries and even with the lack of horsepower, it was apparent that the Ferraris do not suffer from any kind of aerodynamic efficiency. But with a lack of engine power comes the need to be able to load the rear of the car so as not lose too much in sector two at Monza where the cars go through twisty Lesmo 1 and 2 complex.

Compared to Red Bull, for example, the Ferrari fails to get any kind of effective downforce from the car’s floor tray and the diffuser. But, in having good aero efficiency, the car still manages not to create too much air resistance and generates sufficient top speed through these corners although not enough. Furthermore, this aspect is almost irrelevant in qualifying conditions, as the DRS completely eliminates the fact that it has chosen a mobile flap with more tab than its rivals.

On the level of any real updates, Ferrari’s Monza spec did create some speculation as the cars arrived with new front wings and a very different in the design of the flaps set tongues wagging when they were presented for technical checks on Thursday afternoon.

The new wing may not just be a Monza specification, but a real technical innovation that may well be maintained for the rest of the season. The shape of the wing flaps seems to go in the direction of a search for a lesser out wash effect, which moves the air flows outside the front wheels.

The solution of the last flap at the top seems to recall what was seen on the Aston Martin earlier in the season, with a less angular and extreme shape. The last element also appears slightly cut, to better suit the fast Monza track and even reduce drag.