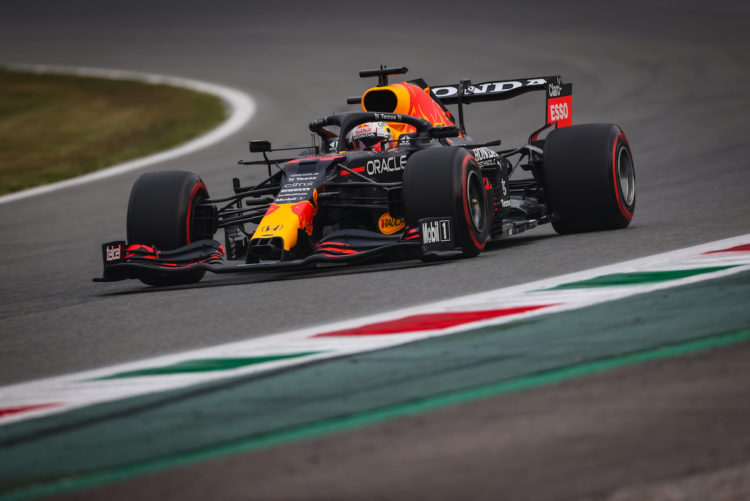 Max Verstappen says he hopes he can be closer to Mercedes during the F1 Sprint on Saturday after Red Bull was heavily out-paced during Friday’s qualifying session.

Verstappen ended the session over four-tenths down on Bottas, with the latter set to begin Sunday’s race from the rear of the grid due to a grid penalty.

With a sizeable gap existing between Mercedes and Red Bull across one lap, Verstappen is banking on his team’s race pace to be stronger.

“I think for us around this track it’s always going to be difficult,” Verstappen said.

“We struggled a little bit more than we wanted in free practice but we recovered quite well in this qualifying.

“I am still happy to be third here and I think for the race, hopefully, we can be a bit closer. You never know around here.

“Tomorrow, we first have FP2 so we can see what we can do to help the long-run pace a bit more but of course, naturally, first [place] will be a bit more difficult around here but nevertheless, we can score a good amount of points.”

Verstappen’s team-mate Sergio Perez ended qualifying in ninth place, after assisting Verstappen with a slipstream during the final hot laps.