Russell: Belgium podium a ‘massive result’ regardless of circumstance 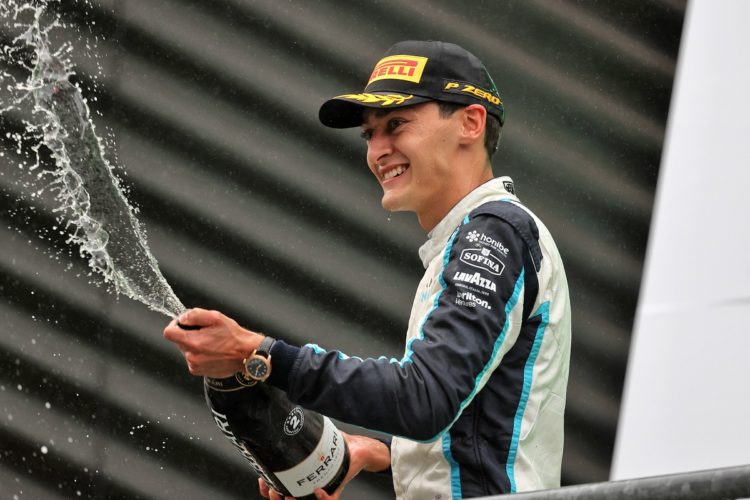 George Russell says a second-place finish for Williams at the Belgian Grand Prix is a “massive result”, despite achieving it without any green flag racing laps occurring on Sunday.

Russell took his first career podium at a rain-hit Spa-Francorchamps circuit, with the delayed race red-flagged after three laps behind the safety car.

The Briton’s top-three result was sealed courtesy of his blistering final Q3 lap on Saturday, which saw him take second place behind Max Verstappen.

While it marked Russell’s first-ever trip to a podium ceremony, Williams obtained its first top-three result since Azerbaijan, 2017 – a welcome sight for the Grove-based squad, who has finished bottom of the Constructors’ standings every year from 2018 to 2020.

“Obviously not the way I’d have liked to have scored my first podium,” Russell said.

“A little bit of a strange feeling achieving it in this way but at the end of the day we’ve been rewarded for such a fantastic job yesterday.

“It’s been a very long day for sure – but for the whole team it’s a massive result.

“Remembering we finished last in the Constructors’ Championship three years in a row and here we are this weekend, qualifying on the front row and standing on the podium.

“I’m really proud to have achieved this with the team.”

Russell expressed his disappointment in not being able to race but affirmed it was the right decision as his visibility behind Verstappen was all but non-existent.

“[It’s] such a shame for everybody at home watching and all the fans here,” Russell said.

“Even I was, in second behind Max, anything over 200kph, I could not see a single thing.

“I may as well have been closing my eyes down the straight and was having to lift off the throttle. So, it wasn’t safe at all to race. I think the FIA made the right decision.”