FIA: There’s no ability to postpone a race until Monday 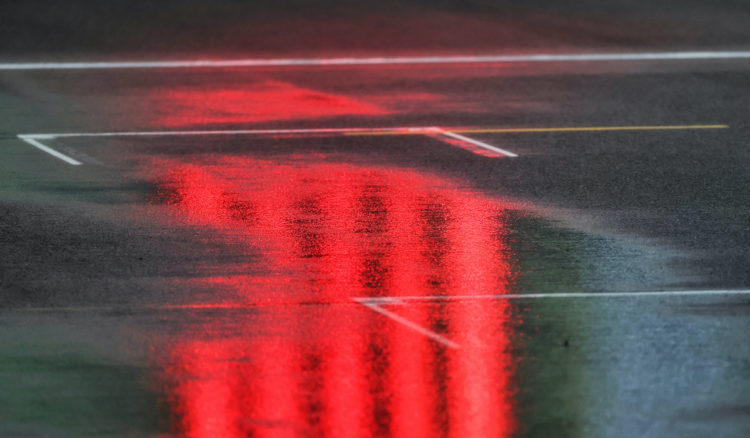 The FIA has confirmed that delaying a race until the following day wouldn’t have been possible for multiple reasons, and they did the best they could under difficult circumstances.

The Belgian Grand Prix was delayed by 25 minutes due to heavy rain and finally got underway behind the Safety Car. However after two formation laps, the start was abandoned as conditions worsened.

A long delay of two hours saw the FIA pause the three-hour countdown, citing “force majeure”, in the hope of finding a weather window that would allow the action to resume. It finally did more than three hours after the scheduled start time, once again behind the Safety Car.

Two laps were completed to satisfy the rules to award half points and the race once again red flagged as conditions failed to improve. The race was then abandoned and the result called, with many questioning why it couldn’t have been delayed to Monday in the hope of better weather.

FIA race director Michael Masi insisted that there’s no provision within the rules to do so, despite it being common in some other motorsport categories such as NASCAR.

“There’s no ability to postpone the race until tomorrow,” said Masi. “Obviously from the FIA perspective, jointly with Formula 1, safety is paramount for drivers, the teams and all the spectators. We gave every available opportunity within the rules and the international sporting code, to give us the best opportunity to complete a race.

“Unfortunately on this occasion we could not go the full distance that was available but with the provisions within the [rules] to stop the clock to see if we could get ourselves in that weather window to have some racing activity.

“There’s a whole range [of reasons]…the list would be pages long between organisers, everyone here, there’s just no ability to postpone to the following day.”

Asked if rescheduling the race to another weekend later in the season was an option, he replied: “I don’t know if logistically there’s a possibility for that to occur.”

Masi insisted the intention was to get as many laps in as possible and that the two laps completed weren’t simply to satisfy the rules to award half points.

“It was to see what the conditions were like. We’re in constant contact with our official weather provider and there was a window that looked like it provided [an opportunity]. So it was like ‘OK, let’s try and see if we can find that window’. But the weather came in and got the better of us again.”