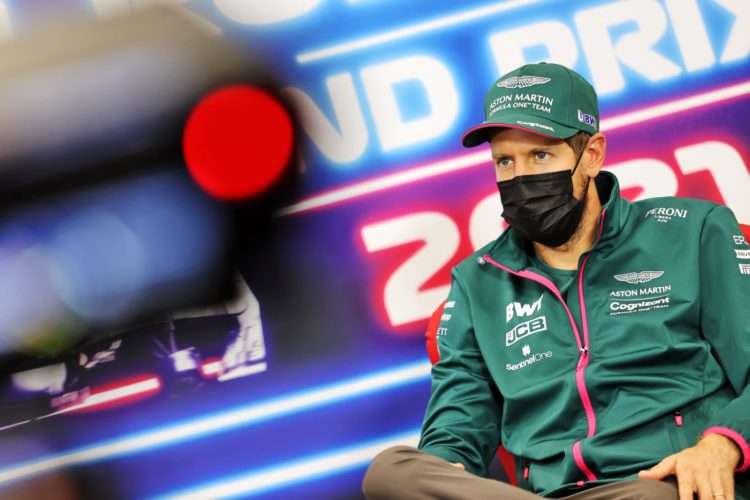 Sebastian Vettel has suggested that Formula 1’s regulations need greater tolerance in the wake of his disqualification from the Hungarian Grand Prix.

Vettel finished second in Hungary but was excluded post-race after Aston Martin was unable to provide the mandatory one-litre fuel sample.

Aston Martin lodged a right to review, which was rejected by the FIA, and subsequently withdrew a potential appeal process.

The team reiterated that it did not gain any advantage from the incident.

Vettel, speaking for the first time since the race, described the exclusion as “very bitter” and while recognising the regulations reckons they could be amended.

“Well I guess rules are rules and obviously we didn’t know we had a problem to be honest,” he explained.

“When we checked the fuel wasn’t in the car and we got disqualified we thought it was in the car so I don’t know for future whether there’s a better way to handle this but I don’t think there was much that could have been done.

“It’s very bitter because first I think we did not have an advantage; second there was no intention or no way we could explain that too little fuel was in the car.

“Looking back I think it’s clear, the rules are as they are, and we got disqualified. Looking forwards obviously it’s very bitter and I think in the circumstances I understand better because I was the one who suffered from it you don’t wish that to happen to anyone else and it should probably have a little bit more tolerance.

“But what exactly you should write down on paper in black and white I don’t know, that’s for other people to come up with.”

Vettel’s exclusion stripped Aston Martin of the 18 points it provisionally garnered while also marginally boosting the tallies of both Alpine and AlphaTauri.

It leaves Aston Martin seventh in the standings, 20 points down on AlphaTauri, with Alpine a further nine points ahead.

“I mean the goal is to score as many points as you can and that takes you wherever you can, so it is a hit, it’s a large hit because obviously I think we are now something like 20 points behind the people ahead,” he said.

“But you never know when the next opportunity is there, we have to be there to take it, so we will see.

“I think we have a lot of races this year, it’s a bit unclear how many and where they are but I think there will be a lot, there will be races and we will get our chances so hopefully we can use them.”