O’Ward: ‘I’m glad we didn’t finish on the podium’ 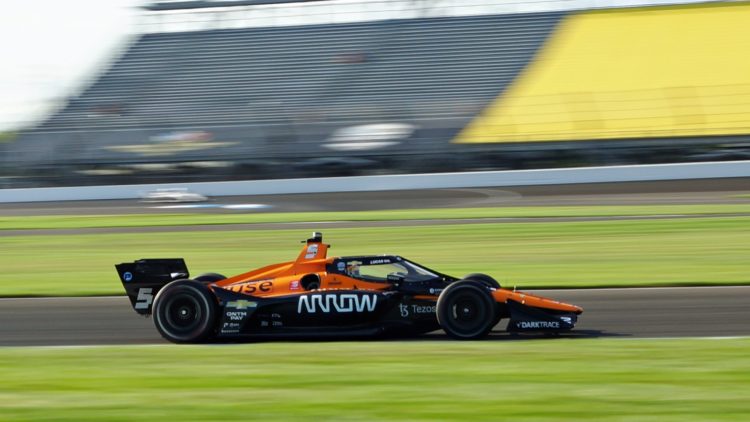 Pato O’Ward finished Saturday’s IndyCar race from the Indianapolis road course in fifth, slowly dropping from his starting position at the head of the field.

He held his own on the opening stint, but his Arrow McLaren SP Chevy could not keep the pace later in the day when most of the field was on the softer red-walled tires.

The daring 22-year-old made a move on Alexander Rossi on a late restart in an attempt to secure fourth place, but had to be content with earning his seventh top-five result of the season.

Speaking to NBC after the race, O’Ward relayed the surprising sentiment that he was happy to finish where he did, not feeling that he deserved to be on the podium.

“I consider us very lucky today, honestly,” said O’Ward.  “We obviously went backwards from where we started.

“But I think the big positive today is that – very unfortunate for Alex [Palou], that his engine blew.  Which that gave us a massive jump into the standings.  We’re now 21 points behind in second.

I think this is the start of the momentum we wanted.  I think Gateway next weekend is going to be great for us.

“Today we didn’t have it.  I’m glad we didn’t finish on the podium, because I don’t think we deserve it.  We just didn’t have the pace.  Everyone in front of us was better than us.

With four races remaining in the season, and the top three in the standings separated by 34 points, the race for the championship still firmly up in the air. 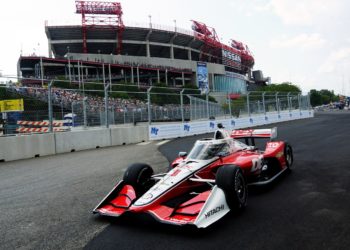 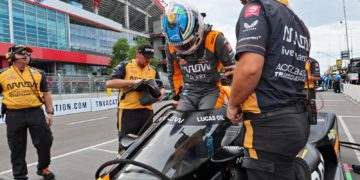 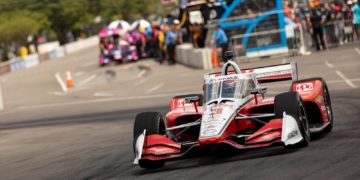