McLaren not chasing ‘eggs in one basket’ title sponsor 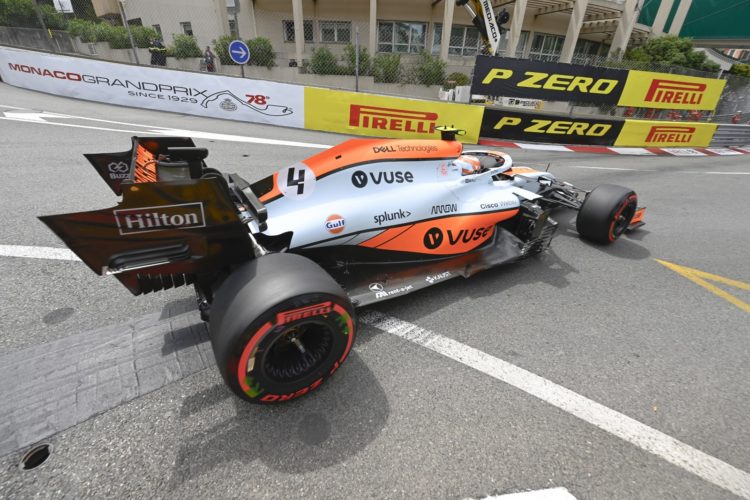 McLaren’s Zak Brown says his Formula 1 team isn’t chasing a title sponsor, because it can compromise other deals and ultimately lead to having “too many eggs in one basket”.

McLaren hasn’t had a title sponsor since 2013, when mobile telecommunications company Vodafone sponsored the team in a deal worth tens of millions per season, which included naming rights to the team, which at the time was known as Vodafone McLaren.

Such deals were commonplace in Formula 1, but recently they have become rarer with only a few teams now enjoying such lucrative deals.

Ferrari enjoys a unique deal with Philip Morris through its ‘Mission Winnow’ initiative. Red Bull previously had a deal with Infiniti and Aston Martin which ended recently and Sauber is now known as Alfa Romeo, in what is effectively a sponsorship deal that was recently renewed.

Despite Zak Brown’s background in marketing, he believes controlling the naming rights is an important aspect for McLaren, given its ultimate goal is to promote its own automotive business and he isn’t therefore chasing a title deal, but would be open to it.

“I think it’s each to their own,” said Brown. “Everyone has got their own business models. I like the name of our team as McLaren.

“Would we do a title deal? We would. Are we actively pursuing it? No. Do I want to sell title level branding? Yes.

“But I want us to be known as McLaren. I like our colour. I think it has really resonated with the fans who are critically important to us and so our business model is built upon doing what we are doing which is bringing on great partners but not needing a title sponsor.”

Given the scarcity of such deals, Brown would rather spend time chasing lots of smaller partnerships which won’t have such a major impact on the team’s finances if one or two were to leave.

“I think the days of title sponsors writing the size of cheques that they did historically are gone and also with a title sponsor you tend to get, in my opinion, too many eggs in one basket.

“I would rather spread our sponsorship over a portfolio of partners. The other thing is, and Cisco Webex did a really great job with the global TV campaign, it’s really important our partners activate us.

“So the more awareness the Dells, the Ciscos and the DeWalts can bring to the McLaren brand around the world, the better than having all your eggs in one basket.”

McLaren did a one-off deal this year however, which saw partner Gulf take over the livery of both MCL35M’s at the Monaco Grand Prix.