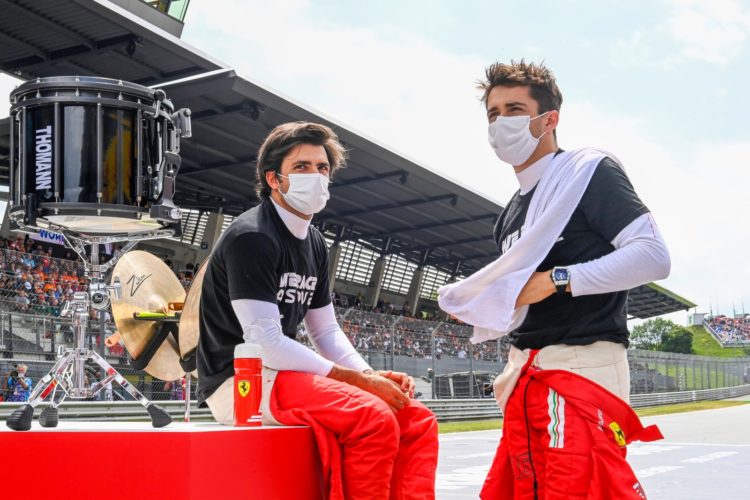 Ferrari has the best driver line-up on the current Formula 1 grid, according to its team boss Mattia Binotto.

Charles Leclerc has been joined this year by Carlos Sainz, following prior spells for the Spaniard at Toro Rosso, Renault and McLaren.

Leclerc scored back-to-back pole positions in Monaco and Azerbaijan and went on to lead the majority of the race in Britain, prior to being overhauled late on by Lewis Hamilton.

Sainz finished runner-up to Max Verstappen in Monaco and scored a second podium in Hungary, having been the beneficiary of Sebastian Vettel’s disqualification.

Sainz and Leclerc currently sit sixth and seventh in the standings, on 83 and 80 points respectively, with Ferrari level on points with McLaren in the Constructors’ battle, but ahead on results countback.

“I’m very happy for many reasons,” said Binotto. “The first I think we’ve got the best line-up of the entire pit lane.

“The second because we know Charles is a fantastic driver, very talented, but is continuously improving, and we are pretty happy with that.

“He had great opportunities as well for win this season, the first was in Monaco, for the reasons we know it didn’t happen.

“On the other side, I think Carlos is integrating very well, he is improving race by race and is a great benchmark for Charles as well, pushing him as well when conditions are more difficult.”

Binotto pointed to the performance level of both drivers as crucial in terms of Ferrari’s ambitions.

“80 points each, it shows how important it is to have two good drivers scoring points for the constructors’,” he said, referring to Sainz’s total prior to confirmation of Vettel’s exclusion.

“I’m very happy with that. I’m looking really forward because I’m pretty sure that those two guys will give us a great satisfaction.”