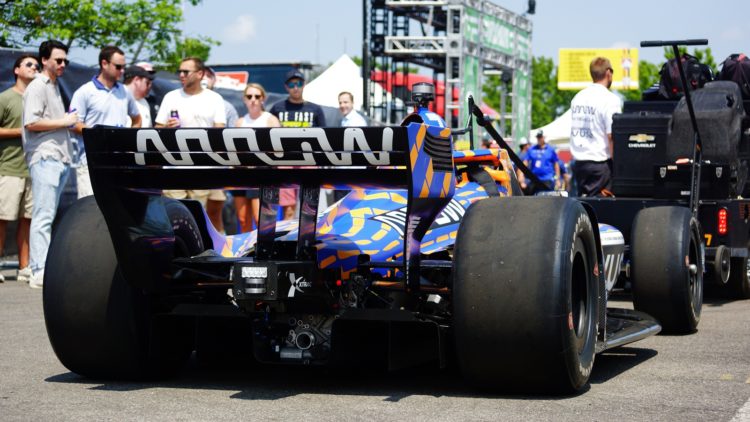 McLaren has been heavily involved in the IndyCar program since joining in 2020. Photo: Kevin Dejewski

McLaren Racing has announced that it has completed an agreement to acquire a 75% stake in the Arrow McLaren SP IndyCar team.

The team was originally founded by Sam Schmidt in 2001, and became Schmidt Peterson Motorsports in 2013 when Ric Peterson joined.

McLaren became a partner with Schmidt Peterson Motorsports in 2020, bringing its factory support stateside for the first time.

This latest move, which will be completed by the end of this year, solidifies the team’s position in IndyCar and points to the success it has found in recent years.

“Today’s announcement is a strong signal of our long-term commitment to IndyCar as both a racing series and a marketing platform for McLaren Racing and our sponsor partners,” said Zak Brown, McLaren Racing CEO.

“I want to pay tribute to Sam Schmidt and Ric Peterson who, together with the commitment and support of Arrow Electronics, have built a formidable team for us to keep growing and fulfil our common ambition of consistently challenging for wins, Indy 500s and series titles.

“McLaren Racing believes IndyCar will continue to build our brand in North America, serve our expanding US fan and partner base across our racing portfolio and drive long-term value. The racing is second-to-none, with world-class competitors in both drivers and teams and a passionate, highly-engaged fanbase.

“We see real potential for the series’ continued growth under the stewardship of Penske Entertainment and will continue to play an active role supporting the sport’s success, growing the global fan base and implementing our sustainability agenda to deliver on environmental and social commitments, including progressing diversity and inclusion in the industry.”

The team will be governed by a new five-person board, comprising three McLaren Racing appointees together with Sam Schmidt and Ric Peterson.

Zak Brown will chair the board, and Taylor Kiel will continue to lead and oversee the operations of the team.

Also announced, was the the team plans to expand to three cars as soon as the middle of next season, and is dependent upon sponsorship and finding a suitable driver.

The plan currently is to have both current drivers, Pato O’Ward and Felix Rosenqvist, return for next season.

The news comes at the inaugural Music City Grand Prix, at which Rosenqvist notched his best qualifying effort since joining the team this season.