Leclerc: Ferrari had the pace to challenge for Hungary victory 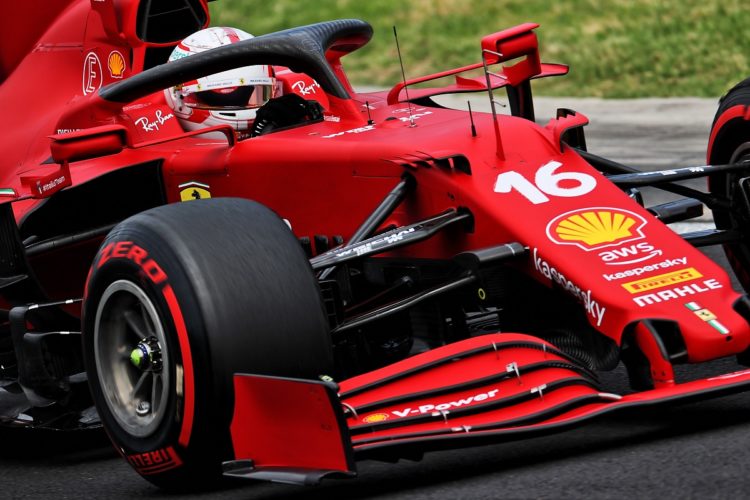 Ferrari’s Charles Leclerc believes he would’ve been in contention for the race victory on Sunday at the Hungarian Grand Prix, if not for his first corner retirement.

The Monegasque driver was hit by Lance Stroll on the opening lap of the race and was instantly eliminated from the event.

Alpine’s Esteban Ocon went on to take the win, as traditional front-runners Mercedes and Red Bull were taken out of contention early on.

With the championship-contending teams out of the equation, Leclerc believes he had the pace to challenge at the front.

“Obviously looking at other cars in front I feel like, yes I think the pace was there to challenge for a win,” Leclerc said.

“Then obviously with a shunt in the first lap, it is very difficult to know where we will have gone from there.

“And for the first lap crash, honestly, I know that sometimes small mistakes can have big consequences.

“I think though, this time it’s not really a small mistake I mean, I couldn’t see Lance in my mirrors and he was five or six positions back so it was quite unrealistic for him to try anything there.

With Sainz scoring a third-place result and McLaren failing to register points in Budapest, Ferrari moves to third place in the championship, tied with McLaren on 163 points.