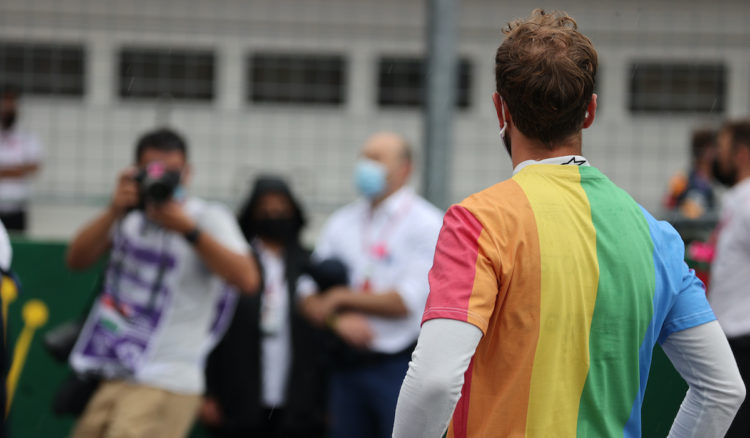 Race winner Esteban Ocon is amongst five drivers called up to see the stewards following the Hungarian Grand Prix.

The Alpine driver is under investigation for a post-race infringement after he failed to enter the pitlane following the slow down lap. Instead the Frenchman drove down the start/finish straight and parked at the pit exit before sprinting to the podium.

Sebastian Vettel, Carlos Sainz, Valtteri Bottas and Lance Stroll are also under investigation, but for a pre-race infringement.

The four drivers, two of which retired from the race, were alleged to have failed to follow the race directors pre-race procedure during the national anthem, as they were still wearing their ‘We Race As One’ shirts. Vettel wore a rainbow ‘Same Love’ shirt in protest at Hungary’s anti-LGTBQ+ law.

The regulations state that drivers must remove their t-shirts and attend the national anthem performance “wearing their race suits”.

Upon hearing the reason for being summoned, Vettel said: “They can disqualify me. They can do what they want. I’d do it again.”

It’s likely all five drivers will face reprimands or financial penalties, rather than race penalties.