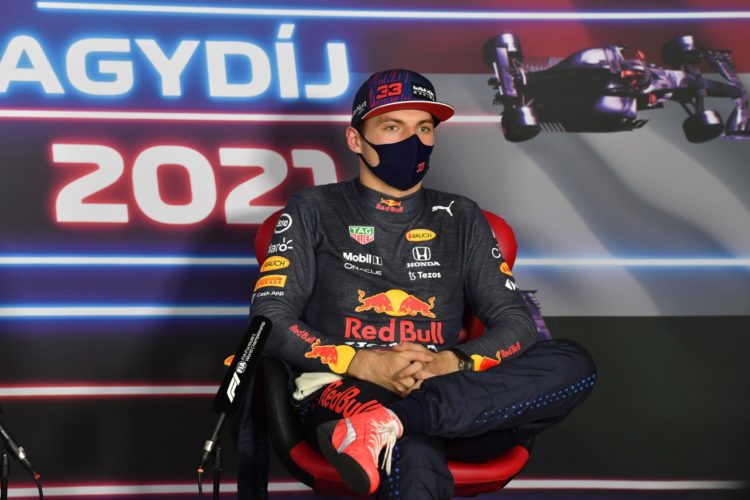 Max Verstappen says he lost grip in Q3, as his run of pole positions came to an end, but doubted he could have contended for top spot even with a clean lap in Hungary.

Verstappen arrived in Hungary off the back of five straight poles – four by topping qualifying, one after triumphing in Formula 1’s inaugural Sprint – but took only third in Q3.

Verstappen’s Q3 best was 0.190s slower than his Q2 effort; had he replicated that time he would have split Mercedes duo Lewis Hamilton and Valtteri Bottas on the grid.

“Well basically I went a bit backwards compared to my Q2,” he said.

“I just didn’t have the same grip over the lap, I don’t know if it was track related or tyre related but just fight have the same balance in the car to push.

“Naturally, around here the corners follow up really quickly, so if you don’t feel good in one corner the next won’t be great.

“I don’t think even without that we could have had pole.”

Verstappen asserted that Red Bull has to understand why it lacked pace after its recent Saturday supremacy came to an end.

“Not the greatest weekend so far, I think in general we’ve been a bit behind and we just need to analyse why that is,” he said.

“I think Silverstone we were quite strong, I know they [Mercedes] brought new bits again to the car, so we just need to work on ourselves and try to improve the situation, because of course, we cannot be happy with this.”