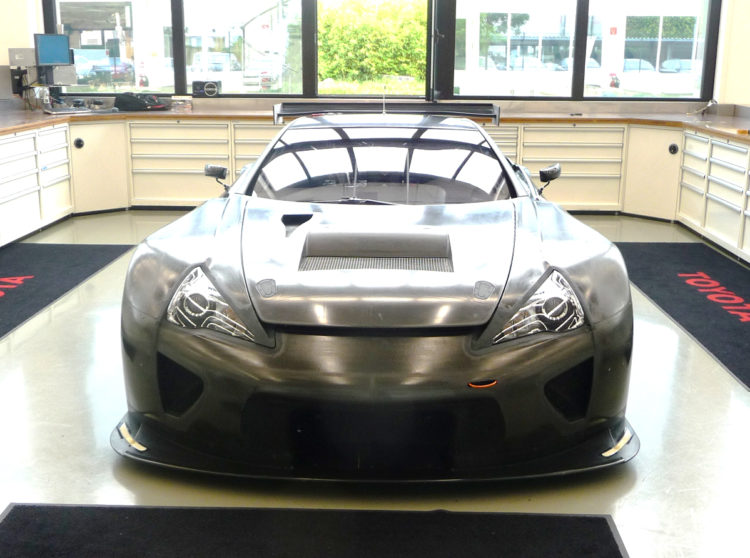 The list of racing car projects that were aborted prematurely is almost endless. Spend some time searching on the internet, and you will come across countless stories of ambitious programmes that never saw the light of day for a variety of reasons.

One of these stories centers around the FIA World Endurance Championship, and Toyota’s ultimately fruitless pursuit to turn a cutting edge supercar into a Le Mans racer.

At some point, Toyota decided to try and develop a car to run in the GTE classes of the first season of the FIA World Endurance Championship, as part of a double-fronted factory effort in the series alongside its LMP1 effort.

The choice for the project fell on a two-seater, front engined super car recently launched by its luxury vehicle division Lexus.

The Lexus LFA remains one of the most popular cars of its time. Officially unveiled in 2009 and produced from 2010 to 2012, the LFA quickly gained traction thanks to its driving characteristics, engineering and soundtrack delivered by its V10 engine.

As a result, it garnered praise from some significant figures in the motoring industry, including Chris Harris, Jay Leno and Jeremy Clarkson. But, had cards fallen a little differently, it could have raced at Le Mans.

The idea would have been to run one car of each: a single LFA, alongside a single Toyota TS030 Hybrid. Had it happened, the first season of the WEC would have seen the LFA compete in the GTE Pro category alongside the likes of Ferrari, Porsche and Aston Martin.

The involvement of the Lexus LFA in motorsport is nothing new. Early prototypes of what would eventually become the roadgoing supercar were spotted on the Nürburgring Nordschleife as early as 2004.

A year later, Lexus unveiled the first concept in Detroit. Initially, it still carried the name LF-A. The car was intended as a second car from the Lexus F marque, the company’s high performance division.

A second concept for the car was unveiled in 2007, and then in 2008, the car began racing properly as a means of further development for its roadgoing counterpart.

The LFA achieved some degree of success in the annual endurance classic in the Eifel, winning its class in 2010 and 2012. While production ended later that year, the LFA continued to race at the Nordschleife, battling on until 2015, after which the LC500 took its place.

But what about the Le Mans racer, then? Development on a potential GTE version of the LFA began after the roadcar had hit production in 2010.

The V10 engine from the production car would have made its way into the GTE version, fitted with a pair of air restrictors at 29.4mm each. As a result, the Lexus LFA GTE would have produced 475PS and 560Nm, maxing out at 9000 rpm. Top speed would have been limited to 300 kilometers per hour.

The car was also more than just a sketch on a napkin somewhere. While never officially confirmed, the LFA GTE did exist and underwent physical testing. It notably underwent a test at Valencia in 2011. This was done after a scale model of the car had undergone a full wind tunnel testing programme.

It was clear Toyota was gearing up for a return to endurance racing after well over a decade of absence. So why then did we never see it race in the World Endurance Championship?

Why was the plug pulled? A brief comment from Pascal Vasselon, Toyota Gazoo Racing’s technical director since 2010, shines a bit more light on the mysterious project.

“At some point, we wanted to keep racing, and possibly to race at Le Mans,” Vasselon said. “So we had kicked off this LFA GTE program. But then, when it became clear that there was a preference to go for LMP1, then the program had just been replaced. It was just replaced by a more ambitious program in LMP1.”

Vasselon also confirmed that the car was indeed operational, albeit in an early stage of its existence.

Vasselon states that the LFA was simply overhauled and replaced by Toyota’s more ambitious LMP1 efforts. Another reason that is said to have played a part in the decision to abandon a joint effort and instead focus fully on LMP1, is that running both LMP1 and GTE at the same time is a challenging endeavour, one that has never truly been attempted in the World Endurance Championship.

The most recent example of a manufacturer running both at the same time is Porsche, which raced in both LMP1 and GTE Pro with factory squads from 2014 to 2017. There is, however, one significant difference between the two.

Porsche’s factory GTE Pro efforts are operated by German affiliate operation Manthey Racing, which have done so since 2013. So while Manthey took care of the GTE side of things, Porsche itself could fully focus on the LMP1 team.

Toyota does not have such a structure and instead, all factory operations are carried out on its own. It would therefore need to focus on both categories at the same time. Instead, its plans transformed into a single, two-car prototype effort starting in 2012, which endures to this day.

While we will never know how successful a factory GTE effort from Toyota could have been, it is safe to say that the decision to fully concentrate on LMP1 hasn’t been a bad one. Since the TS030’s debut in 2012, Toyota has gone on to win three world titles and three consecutive victories in the 24 Hours of Le Mans.

The lone LFA GTE development car reportedly does still exist, and is believed to be located somewhere in Japan. Its exact whereabouts, however, are unknown.

Even though the LFA never saw action in the WEC and at Le Mans, the V10 supercar has seen more than its fair share of motorsport action even before the official roadcar even hit showroom floors, as we’ve seen.

While the GTE program ultimately never came to fruition, Vasselon says that some of the lessons learned and data gathered did make their way towards the LFA’s other racing ventures.

“There are always some, I would say, data sharing activities between the different companies within Toyota. The physical car did not race, there has been some data sharing.”

So while the Lexus LFA GTE ultimately never made it to the 24 Hours of Le Mans, Lexus’ popular V10 supercar ended up seeing its fair share of racing action.

Toyota, meanwhile, focused on prototype racing and never looked back and it’s fair to conclude that that was the right decision to make.

Although one can’t help but wonder that the Lexus LFA racing at Le Mans could truly have been something special. 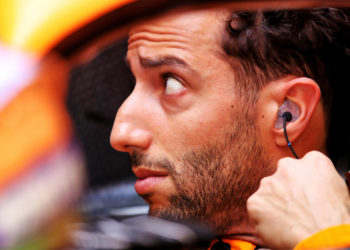