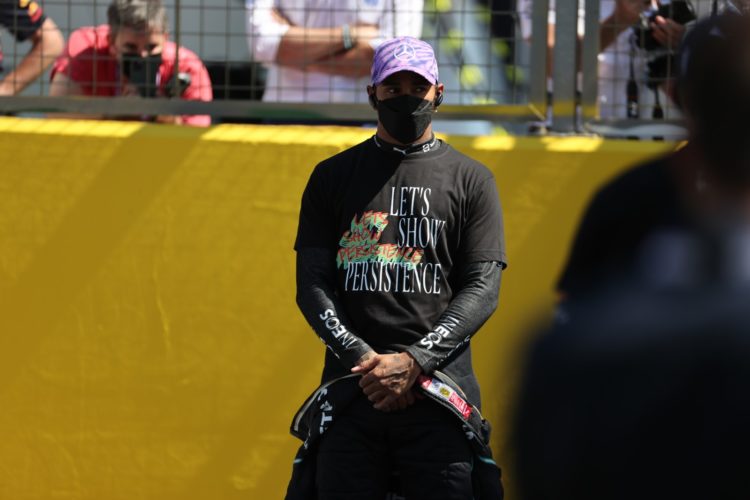 Hamilton collided with title rival Max Verstappen on the opening lap of the race at Silverstone, resulting in the Red Bull driver crashing out in a sizeable accident.

Hamilton went on to recover from a 10-second time penalty to beat Ferrari’s Charles Leclerc to victory.

However post-race he was subject to racist abuse on social media, with comments and emojis left by trolls on various accounts belonging to team and driver.

“During, and after, yesterday’s British Grand Prix, Lewis Hamilton was subjected to multiple instances of racist abuse on social media following an in-race collision,” read a joint statement.

“Formula 1, The FIA and Mercedes-AMG Petronas F1 Team condemn this behaviour in the strongest possible terms.

“These people have no place in our sport and we urge that those responsible should be held accountable for their actions.

“Formula 1, the FIA, the drivers and the teams are working to build a more diverse and inclusive sport, and such unacceptable instances of online abuse must be highlighted and eliminated.”

The racist abuse comes a week after three England players were also in receipt of toxic messages after the outcome of the EURO 2020 final.

A boycott of social media platforms took place earlier this year in a bid to force companies to take a sterner response to such abuse.