Alonso shares his opinion on clash between Hamilton and Verstappen 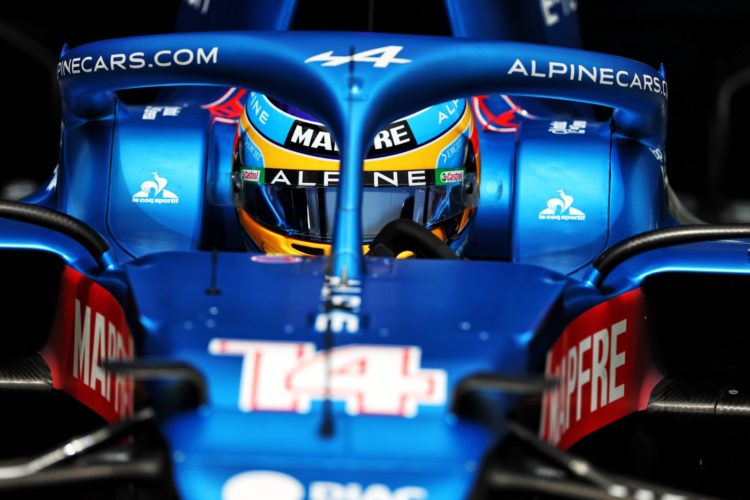 Fernando Alonso has shared his opinion on the clash between Max Verstappen and Lewis Hamilton during the opening lap of the British Grand Prix.

The two-time Formula 1 World Champion described the incident as “unfortunate” but didn’t commit to laying blame with either driver and certainly doesn’t feel as though Hamilton, who took a ten-second penalty, was guilty.

“It is difficult from the outside [to form an opinion],” explained the Alpine driver. “It looked quite close.

“Lewis had more than half a car alongside Max, so in a way, Lewis could not disappear from the inside line, it’s not that you can just vanish.

“It was an unfortunate moment of the race, but nothing intentional or nothing that any of the two drivers did wrong in my opinion. That was an unlucky moment.”

Hamilton has been attacked online by fans, with some using racist language, which has been condemned by his Mercedes team, Red Bull and the FIA.

Charles Leclerc, who was directly behind Hamilton when the clash occurred, also offered his opinion, he too agreeing that it was simply a “racing incident”.

“I think it’s a racing incident. It’s quite difficult to put the blame on one or the other,” he said after the race in which he looked set for victory before being passed by Hamilton at the very same corner the crash occurred.

“Obviously there was space on the inside. Maybe Lewis was not completely at the apex but it’s also true that Max was quite aggressive on the outside.

“So, things happen, but what is the most important is that Max is unharmed and is fine.”

The result has closed the championship gap between the two title rivals to just eight points, with Hamilton taking 25 plus two more from the Sprint event. Verstappen scored just three points over the weekend for his Sprint win.