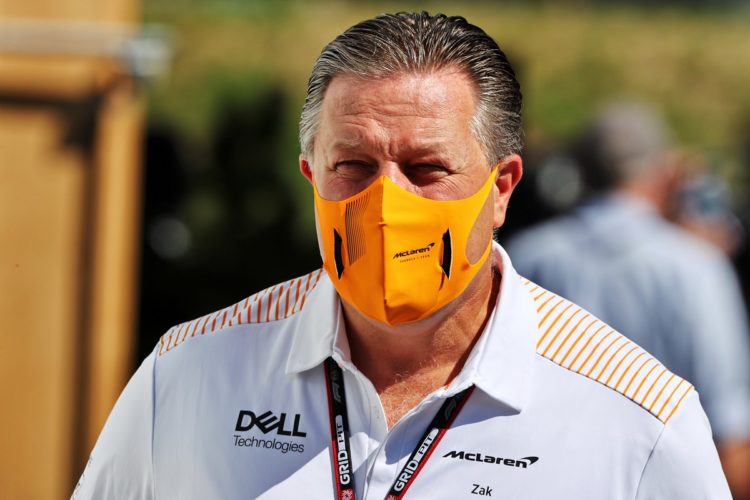 McLaren CEO Zak Brown will be absent from this weekend’s British Grand Prix after testing positive for Covid-19, the team has confirmed.

Two other team members also tested positive, however all three cases are not linked. McLaren has asserted that the positive tests will not impact its operations at its home race this weekend.

McLaren’s drivers Lando Norris and Daniel Ricciardo have not been identified as close contacts, and have been cleared to race this weekend.

“Neither of our drivers are close contacts. All three cases are unconnected and now isolating in accordance with government guidelines. The team’s operations for the British Grand Prix are unaffected.”

In a statement of his own, Brown said: “Following our team’s pre-event testing for the British GP, I’ve tested positive for Covid-19.

“I’ve notified all my close contacts and [I’m] isolating in accordance with government guidelines. I’ll still be connected to and supporting the team safely from home.”

McLaren currently sits third in the Constructors’ Championship, having scored three podiums so far this year courtesy of Norris.