Ferrari lifted by gains with ‘same car as in Bahrain’ 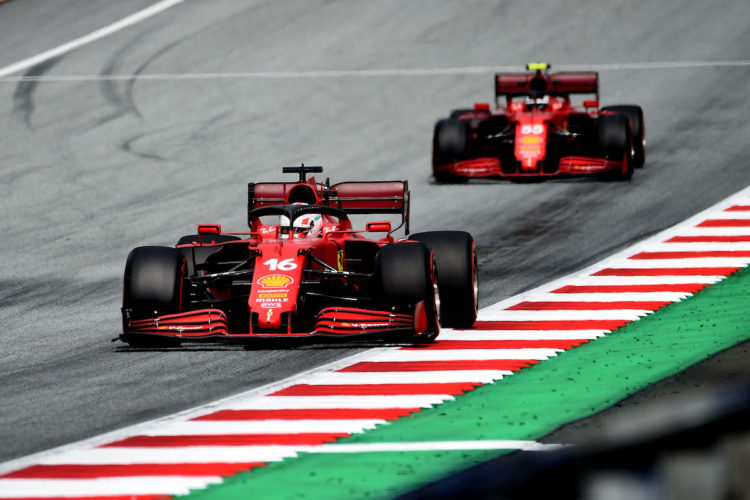 Ferrari Formula 1 Team Principal Mattia Binotto says he is encouraged by the progress made through 2021 despite making “very little changes” to its SF21.

Ferrari has claimed two pole positions, as well as one podium, and holds fourth place in the Constructors’ Championship, 19 points behind McLaren.

It scored a double points finish in both rounds in Austria, finishing the Styrian GP in sixth and seventh, and the Austrian GP fifth and eighth respectively.

Binotto has previously outlined that Ferrari’s focus remains on the new-for-2022 regulation changes, rather than chasing McLaren for third place overall.

“You should be aware that the car itself is exactly the same as we had in Bahrain, very little changes,” said Binotto.

“Some of the focus has been more in trying to exploit the maximum potential of the car throughout the weekends.

“[It is making sure] we are doing the right and proper job and that [the car is] set up, the way you approach the weekend, tyre management, strategy as well.

“If I look at those areas, I would say from the very start of the year we have made progress.

“There have only been, I think, two weekends where in terms of strategy we made improper choices.”

Binotto added that chipping away at the potential of the SF21, and making general improvements within the team, has to be the main targets for the remainder of 2021.

“Now from here onward I think they is still room for improving and that is where our focus is with the team and the drivers,” he said.

“But, so far, I think we have made progress and the team is coming more together, not only in terms of spirit but the way we are acting and gaining through the weekends.”