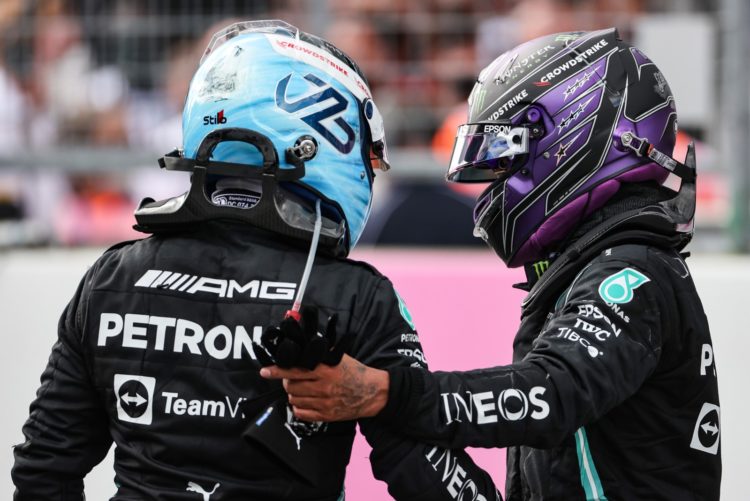 Mercedes boss Toto Wolff has indicated that the identity of Lewis Hamilton’s Formula 1 team-mate next season will be determined during the summer months.

Mercedes announced on Saturday that seven-time champion Hamilton will continue to race for the team through 2023, extending a tenure that began in 2013.

With Hamilton’s future now settled, it ostensibly places the spotlight on the other seat at Mercedes, which has since 2017 been held by Valtteri Bottas.

The seat is effectively a straight fight between Bottas and Mercedes junior George Russell, who stood in for Hamilton in Bahrain last year, and who has started 45 grands prix with Williams.

Both Bottas, who has always been on a series of one-year deals, and Russell, who initially joined Williams on a three-year deal, are out of contract at the end of 2021.

“I think today is about Lewis and having that contract out of the way,” said Wolff.

“We always said we wanted to give it the next few races to gain more clarity.

“I’m happy [with] Valtteri’s racing in Austria, in my opinion it was really good and he needs to consolidate that, he’s a known factor, and in the same way we know the strengths and weaknesses of George.

“That decision is going to be made during the summer, first discussions with George and Valtteri, and then hopefully we are sorted before the end of the season.”

Wolff outlined that Mercedes and Hamilton “were clear for a while” that they wanted to continue but affirmed that the finalisation of that deal means “we can look at the second seat.”

“It’s between those two,” Wolff added. “And as I said we value them both for their strengths and for what they can contribute to the team.”

Hamilton’s 2021 deal was not settled until February, amid the delayed 2020 season, with both Hamilton and Wolff contracting Covid-19 when negotiations were due to begin.

On the timing of the new deal, Wolff said: “We printed the contract out yesterday, signed, and said, “we’ll announce today”.

“We were clear over the winter that we didn’t want to drag the discussions over a long time.

“He knows very well the state of the nation in the team, what we are doing for this year’s championship and the developments for next year.”